Revolutionary Words — How rhymes can make your messages stick. 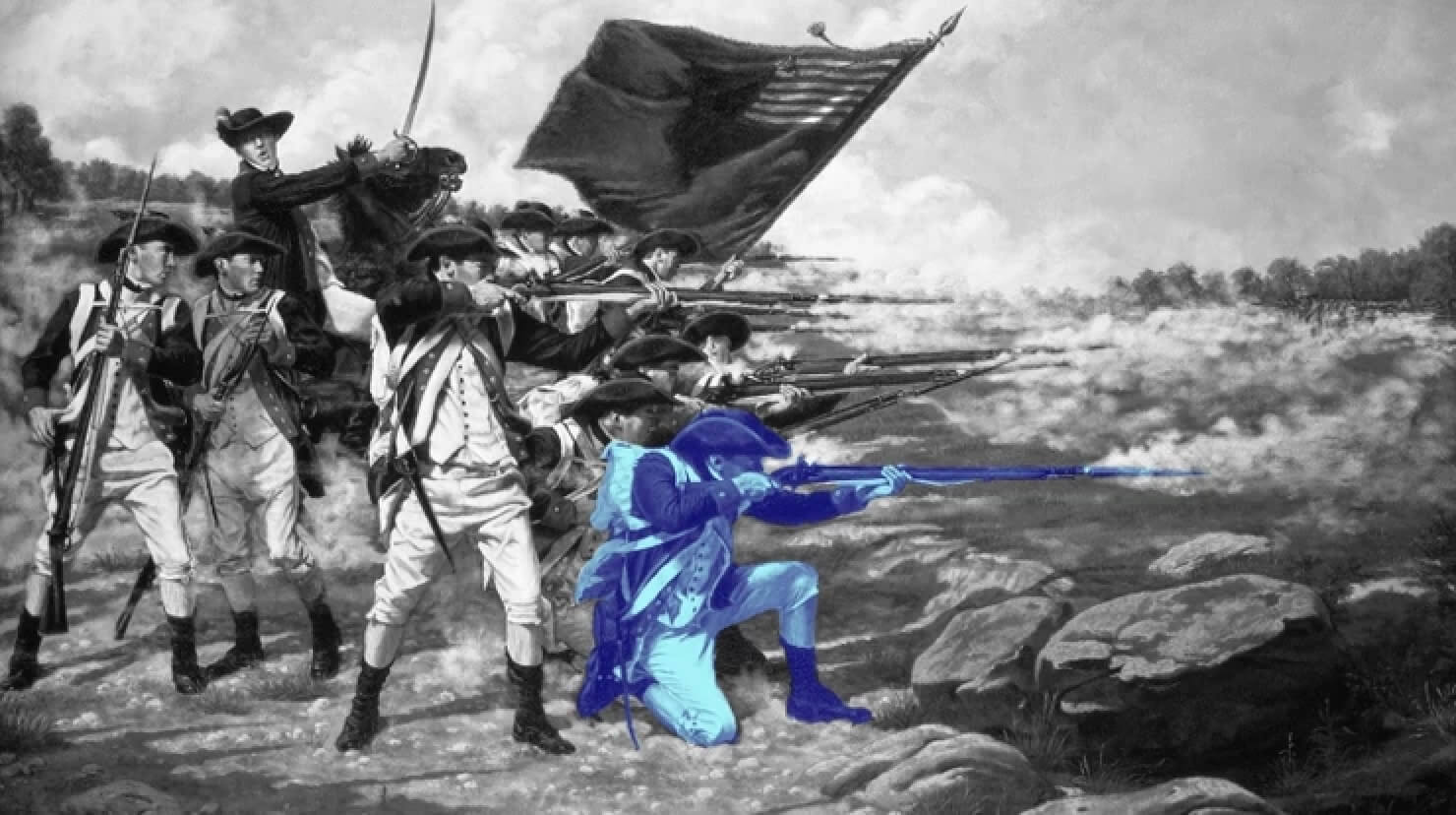 The 4th of July; barbeque, fireworks, and independence.

We all know, roughly, what happened: The British taxed the American colonists, they didn’t like it, threw some tea in the water, so the British sent an invading army. Paul Revere rode through the night and raised the Alarm. Washington, Valley Forge, Hamilton, independence, fireworks.

But can we trust the story?

According to Longfellow, Revere raised the alarm and became a hero of the Revolutionary War. Here’s the line.

“Listen, my children, and you shall hear Of the midnight ride of Paul Revere.”

Unfortunately, this isn’t true. It’s true that he made the ride, but his role has been exaggerated.

“The most glaring inconsistencies between the poem and the historical record are that Revere was not the only rider that night, nor did he make it all the way to Concord, but was captured and then let go (without his horse) in Lexington, where he had stopped to warn Samuel Adams and John Hancock of the impending attack.”

To make matters worse, four years after his arrest by the British, Revere was court-martialed for cowardice and insubordination for his actions during the Penobscot Expedition, an American naval attempt to reclaim Maine.¹

It’s a largely forgotten incident during the war, where a fleet of three British warships and 700 men withstood the largest amphibious assault by American forces prior to D-Day. Lieutenant-Colonel Revere served with the militia forces as commanding officer of artillery and was charged with refusing direct orders and leaving his position without a direct order. Although Revere was later acquitted, his actions and trial forgotten, his ride to fame on the back of a poem is legendary.

That points to the power of words, and in particular, rhyme.

How did this transformation occur?  The answer lies in the rhymes of our friend Henry Wadsworth Longfellow. When Longfellow ended his poem with,  “Through all our history, to the last…The people will waken and listen to hear…the midnight message of Paul Revere,” he framed Revere in a heroic light. The poem, penned nearly a century after Revere’s ride, provided an alternate, albeit sensational, version of a key moment in American history.

Longfellow’s words were catchy enough to tell a better story than the truth.

What Longfellow knew, and what admen and lyricists instinctively know today, is that if you can put some rhyme into your words, they get stickier, like an earworm sucking on your brain. If you are old enough to have heard them, who can forget Timex’s “Takes a licking and keeps on ticking” or “Nothing sucks like an Electrolux”?

But rhymes are more than memorable; they are believable.

So say the researchers behind the intriguingly titled paper, Birds of a Feather Flock Conjointly (how rhyming can make messages stick).² According to the authors, psychologists Matthew S. McGlone and Jessica Tofighbakhsh, we are persuaded by rhyme not just because it’s memorable, “that earworm stuck in your head”, but also because it sounds true.

They took aphorisms, such as “what sobriety conceals, alcohol reveals” and asked volunteers to rate them for accuracy. As a control, they used non-rhyming replacements, like, “what sobriety reveals, alcohol unmasks,” and compared the reported levels of believability. Their findings? A significant advantage in favor of rhyming aphorisms.

Aphorisms can be found everywhere from the courtroom to the boardroom. Perhaps the most infamous example is Johnnie Cochran’s, “If the glove doesn’t fit, you must acquit!,” a phrase that helped clear O.J. Simpson in his murder trial. In the business world, who hasn’t heard, “no pain, no gain” when faced with a change initiative, or a list of goals labeled “strive for five?”How about the call to action in a turnaround as a “move from worst to first” or old business saws like, “hire slowly, fire quickly?”

Turns of phrase and catchy rhymes are both interesting and useful — two positive effects that cannot be ignored.

Rhymes are not only more memorable and believable they also help us learn.  Just ask any elementary school teacher.³ Anything we do to increase understanding – simplicity, chunking, metaphor, and rhyme —  has a positive impact on memory.

“Everyone likes rhymes,” said Dr. Steven Pinker, author of “The Language Instinct” (HarperCollins) and a linguist who directs the Center for Cognitive Neuroscience at the Massachusetts Institute of Technology. Rap artists recite in rhymes.

Gifted orators, like the Rev. Jesse Jackson, use rhyme. Rhymes also happen to be one of the simplest ways to boost memory. By rhyming information, our brains can encode it more easily. This is known as "acoustic encoding" and refers to the ability to remember and understand something learned through hearing.  When we see a rhyme, we break the words into phonemes —  the first step in decoding a word. Essentially, we use rhymes to understand and remember a word's sound structure.

Committing things to memory through rhyming is an age-old tradition, one that began with oral tales and wisdom passed down through generations.

To keep it memorable, they often included rhyming patterns linked with visual images. For example, "One if by land, two if by sea, and I on the opposite shore will be" are among the most remembered lines from Henry Wadsworth Longfellow's "Paul Revere's Ride,"

In our ever-complex world committing information to memory is increasingly important. In 1885, the German psychologist Herman Ebbinghaus postulated about this phenomenon of memory.  It’s the human condition of forgetting what we’ve learned, and it goes by the snappy name of the  Ebbinghaus Forgetting Curve.  The forgetting curve hypothesizes the decline of memory retention over time.

How do you get better at this?

Don’t take this 4th of July as a period to work on your rhyming skills. That’s not the point. The point is to practice playing with words. Your talent will only get you so far. How you package that talent, in words — the way you write and speak — will get you farther.

We wouldn’t recommend that rhymes be used everywhere, but in a business presentation, the judicious use of rhymes may help. Remember, if what you say is true, people will be sure to remember you.

Meetings! Meetings! — How to escape the tyranny of useless meetings.

Back Office — How to think about ‘return-to-work.’

Negative Space — How to think critically in an uncertain world.