Authentic Storytelling — How to present at your very best. 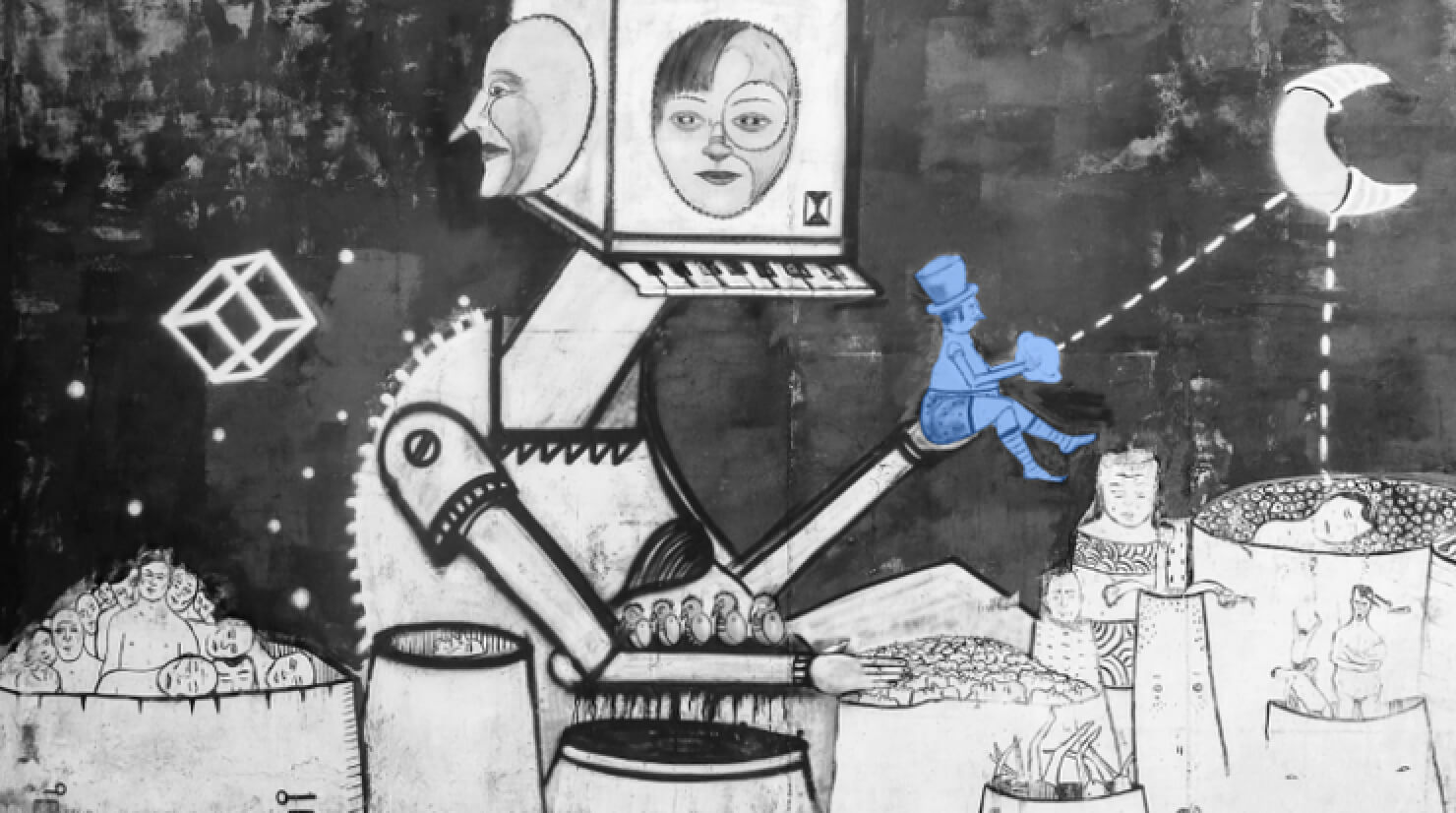 Photo by Pawel Czerwinski on Unsplash
“Find out who you are and do it on purpose.”
— Dolly Parton

On October 16th, 2005, that word didn’t exist. Stephen Colbert launched “Truthiness” into the public lexicon the following day. It was such a hit, Merriam-Webster selected it as their word of the year over Google. On The Colbert Report, his bit, called “The Word” — a monologue by his conservative commentator character, was a highlight. As Colbert thundered and opined, straight-faced about elitism, facts, and the Iraq War, the “over-the-shoulder” graphic did something strange.¹

The graphic mocked him

Watching “The Word” that night led to twin realizations.

Modern storytelling is visual, as well as verbal. “The Word’s” double act between comedian and graphic engages the audience and draws them in. The bit was bite-sized and repeatable — all these are hallmarks of modern storytelling.

The bit’s structure held the key.

“The Word” and a lifetime of feasting on other shows, films, and ads, made me realize what all storytelling — messaging, presenting, communicating, call it what you will — is made of. These are the building blocks of structure, words, and pictures.

Watching the back and forth between performer and graphic led to a theory of how you can be your authentic self — and tell your story in your own way.

The building blocks of story.

We all have a favorite TV show, or book, or movie. We can all name an ad that’s stuck in our heads. The people that develop those shows, books, movies, and ads are expert communicators. They’re specialists. They use their medium to tell stories.
Those stories are built from the same three building blocks — Structure, Words, and Pictures.

Structure comes in many different forms. It might be the storyline or narrative arc in a TV show. Or the plot of a movie, or the three acts in a play. It’s the chapters in a book or the layout of the ad. In each field, experts build that structure — each under a different name. A movie or TV show has screenwriters who create the plot or narrative arc.

When it’s done well, screenwriters win Oscars and Emmys. The Academy has recognized filmmakers Darren Aronofsky, David Lynch, and Christoper Nolan for their intricate and thrilling plots.² Netflix has pioneered binge-worthy television by thinking of each season as a layered, three-act story.³

Structure is how you organize your story; how you build and present the argument to breakthrough.

In film and television, structure and words on the page are brought to life by actors. These are people practiced in the art of prose. Listen to Samuel L. Jackson or Cate Blanchette say just about anything, and it just sounds good. Try and repeat the same line, and it’s a pale copy.

There’s an art to language. Certain phrases sound, to the ear, better or truer. This is rhetoric at work. Research shows that people believe a statement more if it rhymes or is easy to understand.⁴ ⁵

Words are the language and phrasing choices you make to tell your story.

While Christopher Nolan is nominated for Oscars for his intricately plotted Dunkirk and Cate Blanchette chews the scenery in Thor: Ragnarok, a team of artists make those movies look good. These are the costume designers and set dressers, the visual effects artists, and cinematographers.

They put the picture in ‘moving picture.’

And it’s that picture that sucks you in. It creates a mood and sets a tone. It provides details and brings things to life. It persuades and engages you. All the stories you see have an element of picture. Even the stories you listen to play with the mind’s eye.

We are far better at recalling something we have seen than what we’ve heard.⁶ The brain can process images it has only seen for milliseconds.⁷ And the right mix of words and pictures can affect our behavior.⁸

Pictures are the visual cues you use to tell your story.

Any communication is a recipe of words, pictures, and structure.

Like all recipes, while the ingredients matter, what you do with those ingredients, matters more. When structure, words, and pictures work together, they’re magic. When they don’t, it’s painful.

Exactly. Even if you had, you wouldn’t remember it. We’ve all seen a movie with a bad plot. A lack of structure in your story or presentation gives you the same effect. Similarly, you’ve heard dialogue that you didn’t understand and lost track; you’ve seen special effects that just don’t look right and have been pulled out of the story.

All of this happens in business storytelling too.

A presentation with no structure, where, in the moment, you’re engaged but couldn’t remember the point a day later. Or confusing words, where a litany of acronyms and terms of art only make you mentally check out. Or no pictures, where the subject seems overly complex and obtuse.

The best communicators balance structure, words, and pictures to present a compelling story.

The greatest story in the world needs someone to tell it.

That's the truth, not truthiness. And it leads to the second insight gleaned from Colbert and “The Word.” How you take that mix of structure, words, and pictures, blend them into a story, and then, most importantly, tell the story.

So how do you get better? How do you become an authentic storyteller?

You are not Steve Jobs.

First, understand that you are different. While you may share with your fellow humans fear of the spotlight or public speaking — you do not share the how.⁹ Reading up on “the presentation secrets of Steve Jobs” will not turn you into Steve Jobs. Even trained actors find that difficult — ask Ashton Kutcher or Michael Fassbender.¹⁰

Understand your strengths as a presenter and build on them. George Carlin and Robin Williams were both great comics. But how they prepared, how they worked with audiences, was very different. George Carlin was a preparer. He had boxes of index cards full of material, and he road-tested and honed every part of his material. Robin Williams was a reactor. What he would say, and how funny he was, depended, in large part, on the audience.¹¹

For all of us, that leaves a weak spot in pictures, structure, or words.

The Batman and Robin theory of presentation.

Now you can scale what we all know how to do; be ourselves, and have a conversation.

By using your presenter type, you can play to your strengths. For some, that strength is engaging the audience. For others, it’s structuring an argument. Now, how about those weak spots?

This is the second revelation of “The Word.” Colbert, the conservative pundit character, wasn’t trying to be funny. Instead, it was the over-the-shoulder graphic that got the laughs.

You are in the room with PowerPoint.¹²

We call it the “Batman and Robin theory of presentation.”

The bottom line is this — instead of flying solo as the perfect presenter, remember that you and PowerPoint are a team. It’s the Abbot to your Costello, the Astaire to your Rogers, the Penn to your Teller, the Pinky to your Brain, the Jay to your Silent Bob, the… well, you get the idea.

Let PowerPoint do the work you worry about or don’t do well. That small skill will be the biggest difference you can ever make to the way you present.