Visual Literacy — How the future of work requires a new, soft, skillset. 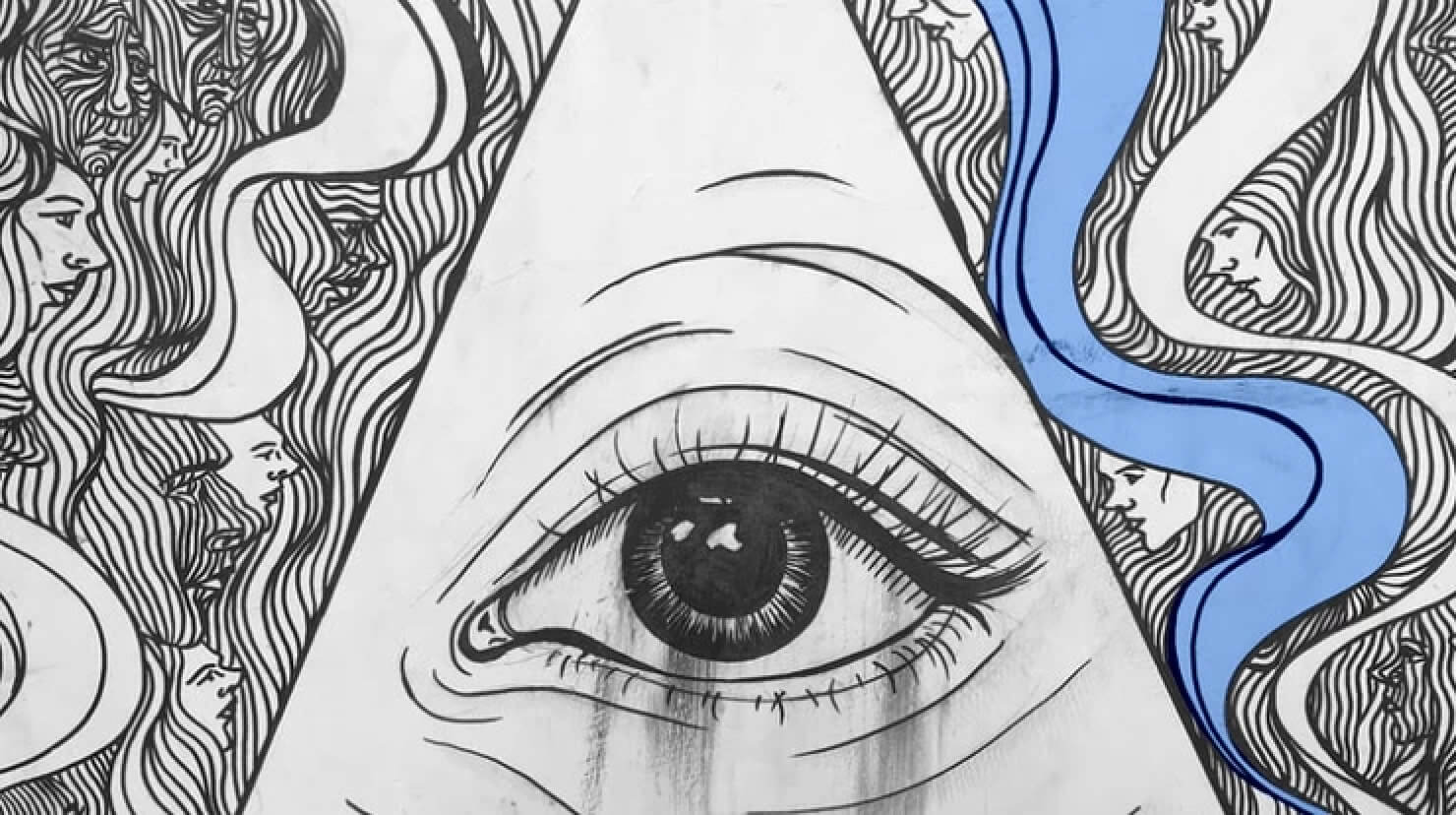 “I prefer drawing to talking. Drawing is faster, and leaves less room for lies."
— Le Corbusier

The way we've learned to communicate is wrong. Denizens of business, deep in the world of operations reviews, presentations and pitches, are communicating past each other, drowning in a sea of PowerPoint.

It seems the general rule of corporate culture is to put that on a deck, or put some slides together. Many of you reading this will have lived through that ritual.

We cannot speak to each other without consulting PowerPoint, talking in acronyms and using big words to confabulate our ideas. What we learn as soon as we put on lace-ups and a tie, or boot up our laptops and get to work, is that there’s a whole new world of language and procedure. One that we might admit — in private moments — seems designed to confuse.

You have a choice.

The choice behind door number one is to learn this arcane language of leverage and synergy, the buzzwords of hyper-growth and ecosystem, the acronyms of EBITDA and ARPU, and reskill yourself with PowerPoint. You can join the herd. Or you can choose door number two.

Behind door number two is a return to your roots. To the lessons learned in your childhood, and a way of communicating that comes naturally to you. The path through door number two requires a maverick soul and a streak of independence, but the reward is greater — an ability to communicate more clearly, to persuade and convince, to develop a hard skill for the 21st century.

Door number two is a journey of unlearning the acquired jargon from your system and cleanse your palette of corporate BS. It is the acquisition of a complementary type of literacy — a visual one.

To understand why this is relevant now, more than ever, we must go back.

Two million years. That’s how long we've been talking (or at least grunting) to each other. What started out as grunts and gestures evolved to words and language. Those grunts, gestures, and ideas were recorded as paintings and pictures, doodles and hieroglyphics.

Our first “written” languages were pictures — Cuneiform script and Egyptian hieroglyphs. It was a natural way to record our stories, our history, a way for us to make meaning. To record laws, to govern and to fuel trade.

A blip on the calendar later, in relative terms, the “art” of speaking was codified. By the time of Socrates, Aristotle and Plato, oral tradition not only had the framework and rules of rhetoric, oratory was a revered skill

By the middle ages, artful communication, in the form of pictures or words, was in the hands of a few. Books were laboriously written and illuminated by religious orders.

Those privileged few in the literate class — the polymaths, the geniuses and creators like Da Vinci and Galileo stood out. The rest of us were illiterate. From the wealthiest to the poorest. Literacy wasn't even a rich man’s game, it was a specialist’s. That began to change when we had tools, and applied mass-production (printing) to writing. The invention of the printing press in 1453 led to the first publishing house — Cambridge University Press in 1534.

Declining costs and wider availability allowed communication and literacy to spread from the hands and mouths of specialists and experts to a wider audience. By the eighteenth century, communication had moved from a cottage industry to become a business. Lloyd’s List started in 1734, the Pittsburgh Post Gazette first published in 1786, Wiley opened its doors in 1807, the Guardian newspaper and the Wall St. Journal in 1821 and 1889 — were all forebears of the media industry today.

Business communicated. The invention of the telegraph and telephone, along with the spread of the rail system in Europe and America, not only meant goods moved faster, but information moved faster. In 1855, the New York & Mississippi Valley Printing Telegraph merged to become Western Union, and quickly followed the rail boom to connect metropolitan areas all over the United States. Less than eleven years later, the first stock ticker was demonstrated. Alexander Graham Bell’s invention of the telephone resulted in the Bell Patent Association being incorporated in 1874, turning into AT&T a few years later.

While early tools shaped how business communicated, the style in which it communicated was shaped by the military. The greatest generation returned from service in World War II to a post-war boom that changed how we work.

The hierarchical command and control structures you see in most corporations today have roots in the military. Our language changed. We did things ASAP. We had a mission and a strategy to go with it. Sales people had territories. Tiger teams tackled snafus in the field or headquarters. Marketing positioned products.

In that post-war boom, new tools spread and continued to shape how we communicated. Memos were formal, dictated and typed. Reports were written. White papers were authored.

This has led to generations in business — boomers, X, and Y — who prize verbal and written literacy in the way Greeks and Romans prized oratory. Advancement and authority depended on a person’s ability to write reports and turn a phrase. The ability to draw, to capture or explain ideas visually, wasn't in the mainstream of business.

Doodling was a hobby for the absent-minded. The first computers didn't help, they weren't much more than word-processors. Even the first graphical packages weren't very easy on the eyes.

Although this is slowly changing, that’s still the state in the mahogany-lined corridors of power in corporate America.

And that’s a problem.

So much communication, from the non-verbal cues in a negotiation, to the stock symbol on a dashboard, to the billboard for your latest marketing campaign, is visual. Mobile technology is accelerating that. Video cameras that were the province of well-heeled hobbyists and professionals two decades ago, are in everyone’s hands.

Now, for digital natives, millennials and gen Z, it’s a different story. Anyone can be a media creator. Anyone can be a journalist. More than half of us have smartphones, googling, instagramming, twittering and TikToking .

Information is exploding. We've recorded and produced more information in the last two years than we did in two million. We’re not just swapping out hard drives and moving to the cloud, we’re inventing new words like Exabyte and Yottabyte to quantify the amount of information today. As the world swims in, and produces more ‘Big Data’ new professions, Data Scientists and Data Visualizers are emerging to make sense of it all. Startups that fuel this growth in visual content, Google acquired Youtube for $1.65 Billion in 2006, Facebook acquired Instagram for a $1 Billion in 2012, and spurned by Snapchat for $3 Billion. Money talks, and it’s speaking pictures.

New studies show that our brains process and interpret videos incredibly quickly, far faster than we do language. Gestalt psychology points to the unconscious influence visuals play with our minds.

While the tools with which we create and exchange information are advancing and changing, we’re left with a new generation of have-nots. Not the peasants and yokels outside of medieval monasteries who could not read, but the visually illiterate in the workforce today.

Ironically, they speak to each other in PowerPoint — essentially a visual tool — but do it badly. And it’s not just PowerPoint, we’ve invented new categories like infographics, data visualization and explainer videos. Visuals are a huge part of that explosion of data, both adding to the volume, and in trying to make sense of it. Millions of PowerPoints are produced every day and business has made it it’s Lingua Franca.

But most just add to the noise.

First it takes a decision. As our ancestors proved, thinking visually comes more naturally to us than thinking verbally. But we have to return to our roots, our willingness as children to pick up a pencil or a crayon and draw. We have to be comfortable with “that’s ‘not the way it’s done.”

Then it takes work. Not on your verbal literacy, but your visual literacy. The rules of rhetoric that make words appealing are similar to the rules of visual rhetoric. Some are based in science and research, some are rules of thumb. Working to understand the connection between words, structure and pictures to craft your argument, to make your powerful point.