Words Matter — How to up your communication game. 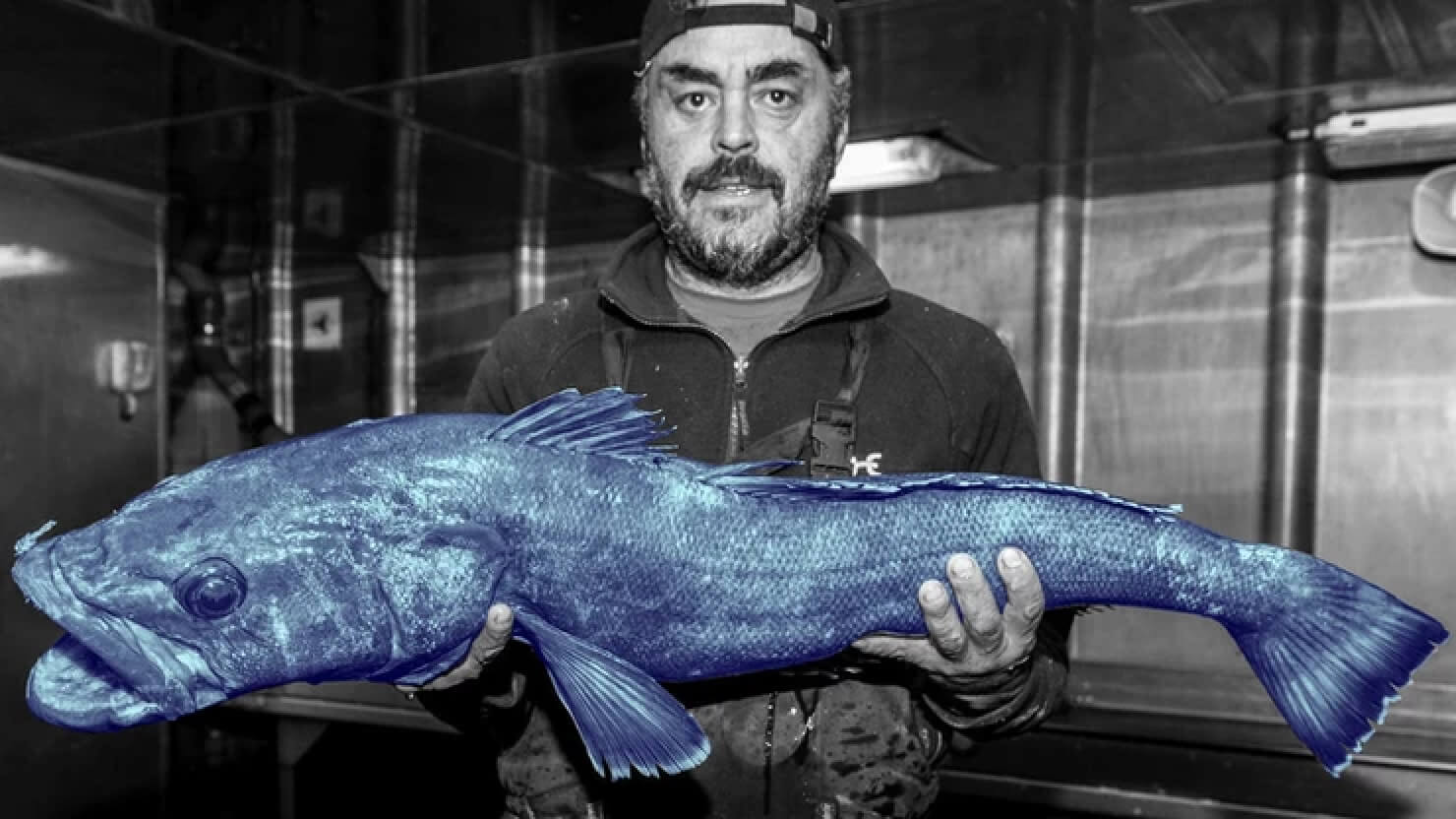 “You can be amazing. You can turn a phrase into a weapon or a drug”
— Sara Bareilles

File this under OMG. In the first weeks of the Coronavirus outbreak, US purchase intent for Corona beer went down.¹ Just the word association “Corona” made people stop buying beer. As far as I know, no scientists are looking at this possible connection.

This little fact does point to something, though. Words matter. They shape our attitudes, our actions and our behavior. A story about fish, an FBI study and some anecdotes about culture illustrate this.

A story about fish.²

In 1977 Lee Lantz was in the port of Valparaiso, Chile. The 29 year old Lantz had travelled over 5,000 miles south from Whittier, California. Lee worked for his father’s fish distribution business, A.R. Lantz, Co. His job was to find fish.

Lee was working that day as he climbed between a line of colorfully painted local fishing boats. He moved from boat to boat, looking at the catch of the day. At the end of the line of boats, he saw something that caught his eye. A big, ugly, sharp-toothed fish.

“You don’t want that. We catch it by accident. We call it Bacalao de Profundidad — cod of the deep.” said Lantz’s local supplier. He went on to explain that fisherman had only started catching them when they began using deep-water long lines. “Nobody knows what to do with it.”

After buying and trying some of the fish, Lee understood why it didn’t sell. It was oily, bland and ugly. But he persisted. The oiliness could be an advantage, as it wouldn’t dry up. The blandness? The American palate doesn’t always love a very ‘fishy’ fish. Besides, you can always add sauce. The ugliness? That disappears when you fillet it.

The name though, was a problem. Bacalao de Profundidad, Lee felt, wouldn’t sell. Neither would the other local names, Merluza Negra or Patagonian Toothfish. He needed a name, one that would be both familiar and intriguing. Pacific Sea Bass and South American Sea Bass were close but not quite. Lee finally plumped for Chilean Sea Bass.

It’s big, it’s ugly, and it’s not very tasty. For the record, it should be noted that Chilean Sea Bass is not always caught in Chilean waters, nor is it a Bass. The Sea part, however, is accurate.

Yet Chilean Sea Bass, wood-grilled, pan-seared, or with lemon, dill & capers, is on the menu. It’s popular. It’s pricey, because it’s in demand, and it just sounds good.

Why words matter to the FBI.

Elizabeth Loftus is an American Psychologist. She is a distinguished Professor at Stanford University, and an expert in Criminology, Law and Cognitive Science. Loftus’ abilities in these fields have led her to consult for law enforcement and the FBI.

Her classic work involved eyewitness testimony — the car crash study.³ In a controlled experiment, she showed footage of traffic accidents. Each participant was asked,  “About how fast were the cars going when they __________ each other?” Different words were used —contacted, hit, bumped, collided and smashed.

Impact of words on the perception of speed.

The word used was the only variable. 45 people were asked to give an eyewitness account after seeing the footage and hearing the question. Their estimate of the speed varied by nearly ten miles per hour. All because of a single word.

The body of research into words, language and persuasion is endlessly fascinating. Words that rhyme, and have a certain ring to them, seem truer to us.⁴ String those words into metaphors, and the speaker seems more charismatic.⁵ Weave those metaphors into stories and anecdotes, you make your messages understandable and easy to remember. ⁶

Repeat those words often enough, and we believe them more.⁷ Make your explanations simpler, they seem better and truer.⁸

Or culture shapes words. It’s a little chicken and egg. We infer a tremendous amount of information about our workplace from the word around us.

Take, for example, a recent conversation with professionals from H&R Block, the tax preparation company.

“How long have you worked here?”

That response is strange to anyone that doesn’t work for H&R Block. But it’s completely normal for anyone that works there. For an outsider, those four extra words speak volumes about the culture at H&R Block. It tells you what they focus on, what they rally around. It says what their core competence is (if you didn’t know it). It tells you they have a seasonal business.

Every company has its own terms of art and language. Samsung is an interesting case. The Korean conglomerate is locked in a smartphone battle with Apple.⁹ Both are the largest players in the $1.5 billion Smartphone market, each with an 18% share. It’s a rivalry on the scale of Coke-Pepsi, McDonalds-Burger King, or Hilton-Marriott.

Yet if you work at Samsung, you call Apple LO — “Lovely Opponent”. At Apple, you call Samsung “Samsung.”

LO is a symbol of the Samsung culture. This is not your usual combative relationship. The words matter. They send a signal throughout the business of a very different kind of competitive attitude. That’s important for Samsung, considering how much money Samsung makes from Apple’s iPhone. ¹⁰

Think about your words.

If words are powerful enough to build markets, change opinions and shape culture, shouldn’t you think a little harder about the words you use?

Here are a few tips to up your word game.

You know too much, and you are too passionate about your subject. This sounds like a good thing, but the curse of knowledge will get you every time. Laminar flow means something to an engineer and maybe a plumber. But everyone else has to look it up, and they won’t. They just don’t care that much.

Don’t Use Acronyms to Avoid the Innate Persistence to Utilize Multi-syllabic Confabulations. They don’t make it any simpler. I’m always amazed when I ask someone to unpack an acronym for me (the outsider) and how few people can actually do it.

The Naked Chef. Secure Cloud. Ethical AI. Put together a couple of words that don’t normally go together. The imagery and the surprise in the phrase makes it memorable and repeatable.

Language, especially when you throw in labels, weigh an argument.  This is why viruses are no longer named by their place of supposed origin.¹¹  The words matter. “I love it.” In response to a finished project is subtly different from, “I love the idea.” The second begins to tee-up the, “but can we...” that you know is coming. Similarly we can frame options. A project with, “crawl, walk, run” phases boxes the listener into buying into a very sensible sounding three-part sequence. If “I think” something,¹² I sound unsure. If “I expect” something, I sound certain. Choose sides intentionally and beware of the accidental effect of your labels and adjectives.

Remember to make it work for your audience. Steve Jobs famously talked about the computer as a “bicycle for the mind.” A phrase that appealed to engineers and product designers bent on imagining and creating a future. It’s a phrase that’s motivational and inspirational. Contrast that with “manage capital and expense allocation.” That’s clinical, and boring. Asking people to “stretch every dollar” is much more meaningful.

The average person has a vocabulary of around 20,000 words. Remember those word of the day calendars that have transmogrified into apps? It never hurts to expand your vocabulary. But this is more about being intentional with it. This takes practice. We’ve built something to help you — Word Play cards that teach you how to up your communication game.