Verbal Blunders — How to get rid of the ‘umm’ word. 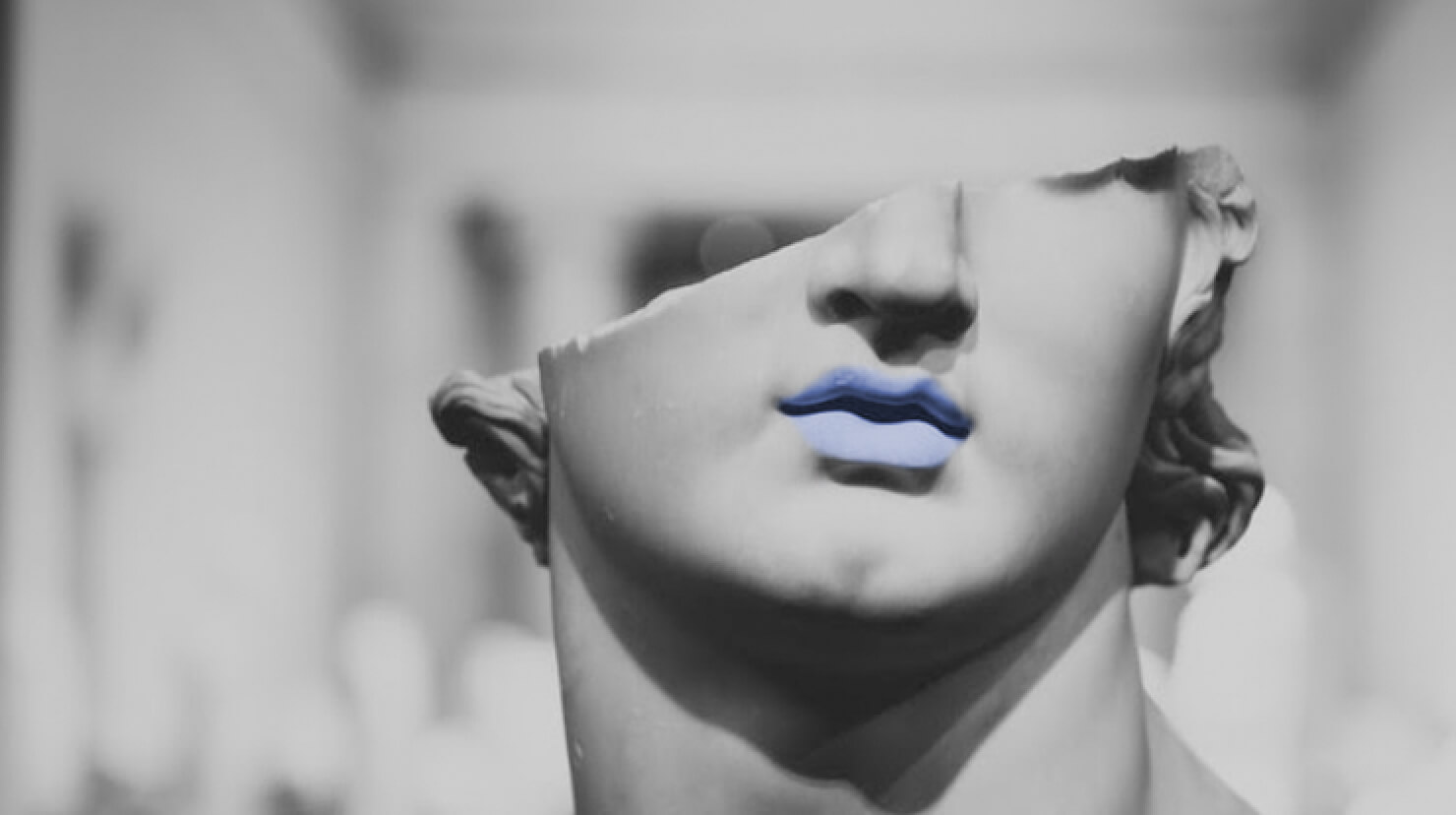 Photo by Levi Meir Clancy on Unsplash
“The right word may be effective, but no word was ever as effective as a rightly timed pause.”
— Mark Twain

Let’s obsess about ‘Umms’ for a moment.

We all have them, these verbal tics scattered through our speech. It could be an ‘ah,’ or an ‘um’; a ‘like’ or a ‘you know.’ These fillers are quite normal, and yet they’ve been bothering me of late.

Nick Mohammed is an actor and comic whose brilliant portrayal of ‘Nate’ in Ted Lasso earned him an Emmy nomination. He’s known for a quick wit and astounding feats of memory. How can an actor, comic, and writer so erudite fill an interview with ‘…you know’ He did. And should we care?

Pauses are potent in public speaking, but ‘Ummms’ are not.

Curiously, Cicero would agree with the first part of that sentence, but not the second. The master orator and father of Roman rhetoric wasn’t bothered if you ‘ummed’ or not. According to Michael Erard,  author of Um…Slips, Stumbles, and Verbal Blunders, and What They Mean, our concern with umming is a twentieth-century phenomenon brought about due to the rise of recorded speech.

With zoom calls, hybrid and remote work now a 21st-century thing, we stare all day at our colleagues on screen and listen to them speak. It’s not surprising we’re more sensitive to these verbal tics.

Uh, what are they?

Verbal fillers are the spoken equivalent of a loading icon.¹

To the listener, they’re a filler that signals a change of idea or thought. One or two are barely noticeable. A babble of them is brutal.

Linguists call them disfluencies.  John Zimmer is a 9-time European champion of Toastmasters public speaking contests and a TEDx Speaker. He points out, “when we have a one-on-one conversation, we tend to ‘um’ and ‘ah’ as a way of letting the other person know we still have something to say and are still ‘occupying the space.’”

And, um, why do they happen?

We ‘uh’ and ‘umm’ when we need time to think of the next word or idea.

They happen, according to Michael Erard, because “the mental machinery that turns ideas into spoken words crashes into itself.”²

A recent study seems to confirm this.

Neuroscientists Ayaka Sugiura and Zahraa Aqatan asked participants to explain what they saw in a picture. That sentence had to include the subject (a hippo), a verb (bathing), a location (in the water), and a time (the summer). This sequence, a picture followed by its interpretation and the requirement to describe it in a particular way, causes mental machinery to crash. So, for example, “A hippo is bathing in the water, ‘uh,’ in summer.”

According to Sugiura and Aqatan, “filler utterances are a behavioral marker of an increased effort to recall, search, or select a relevant word.”³

Ah, what can be done?

Now that these fillers occupy your attention, you may feel an urge to do something about it.

So, if these disfluencies become too aggravating, well, here are a few, ‘like,’ ‘umm,’ simple tips, ‘you know?’

#1 Be aware of your verbal tics.

We may not all ‘er’ or ‘umm,’ but we all have them: habitual speech patterns with unique verbal tics.

Peter Watts, a lead facilitator, and trainer with fassforward is an expert on presenting; on stage or in front of a camera.

His advice: “You first have to hear your tic. Next time you are presenting, record it and listen to the playback.”

Christine Creighton,  an executive coach with fassforward who specializes in voice, presentation, and executive presence, emphasizes how immune we are to our own ‘umms’. In her experience, “most people aren’t even aware of it.”

Christine points out, “the average speaker uses about five fillers per minute. And the audience will typically notice anything over one filler per minute.”

The first step in fixing this habit is to notice it. During your next few presentations, be aware of the tic, and how often it occurs — but don’t obsess over it. Christine continues: “Don’t fight it. Just notice it; ridding yourself of the ‘umms’  is a process that takes practice.”

It’s a habit, an unconscious routine, replaceable with a better one.

We know the cue for an ‘umm’: switching from one thought to another under stress. We know the routine: ‘uh’, ‘like’ or ‘umm’. And we know the reward: being able to get through to the next part of the presentation.

Breaking the old habit, and replacing it with a new one, requires deliberate practice, focusing on the cue and the routine.

When we’re presenting, we have two talk tracks in our heads.

The second talk track in your head is the detailed talk track. It’s the full explanation of B: The metaphor you want to use to explain B to your audience and the example of B in use, and how it applies to them.

Remember that switching mental gears cued the ‘umm’ or ‘you know’.

This happens when we switch between sections of our “meta talk track”, or worse, trip over the details in B as we’re trying to remember our next point. This makes our mental machinery mash together.

We have our own unique strengths and weaknesses as presenters. It’s because of this that some of us have more problems with verbal fillers than others. For particular presenter types, such as an Inventor, or Producer, this is a very real problem.

One way to remove verbal filler is to smooth out the glitches.

The glitches can be hard-to-find details. For example, you're trying to remember a date or a statistic. That’s when you trip up.  You're searching for a detail, and the detail derails you.

You have a choice. Either don’t say it — because the detail doesn’t add that much value, or put it on a slide. Incorporating that slippery detail into the slide relieves you of the cognitive load of searching for it.

This in turn alleviates the accompanying ‘umm.’ Your brain can relax.

The other glitch happens with the meta talk-track.

In this case, your slides themselves hold the solution. Your meta talk track is the headline of each slide. Rather than going ‘...umm’, click to the next slide, and simply state the headline. If well constructed, that headline will supply the meta connection for you. Slide builds and animations also help to layer your structure and relieve you of the mental work of remembering it.

You’ve now replaced a complex cognitive action, with a simple visual one.

In front of an audience, stress leads us to speed up. Speech is rapid and umms rampant. We can take a lesson from the most accomplished public speakers you’ll meet — stand-up comedians. Comedians understand the power of the well-placed pause. It sits at the heart of comic timing. Even if your goal is to stop an ‘umm’ rather than gain a laugh, a pause is still a great idea.

Pauses aren’t just used by comedians though; all stage speakers from actors to world-leaders, (and a few world-leaders that are actors), know that pausing is positive.

A pause hints at authority and gravitas. It’s the indicator of someone with command over their materials and the confidence to think before they speak. In other words, it’s the anti-umm. While an umm speaks of fluster, well-placed pausing speaks of control.

At a big presentation in Johannesburg, I had a bad case of the ‘umms’.

It was stressful — a sea of South Africans, who in my mind I had built up to be a discerning and picky audience. I had talked my way into being the opening speaker when I was more used to being the second act. And I was tired; not just jetlagged, but I had stayed up the night before watching England play in the Rugby World Cup Final.

As I opened my mouth and looked out onto the crowd, the ‘umms’ crowded in and turned my tongue into a wad of cotton. Sweat leaked down my face. I hemmed and hawed and gulped down a glass of water.

Then, some verbal seasoning.

“I’m really sorry, I’m still upset about last night.” South Africa had thumped the reigning world champions England in the Rugby World Cup final. The crowd roared, laughed, and whooped. A sea of smiling faces looked back at me. The cotton-mouth was gone.

Next time you feel an ‘umm’ coming on, replace it with some verbal seasoning. “Now, where was I?” or “What’s next?” This will make you seem more approachable and human and put the audience on your side.

I think, therefore I umm.⁵

Verbal fillers to excess are distracting, and benefit from practical measures to reduce them. At the same time, they are a part of the human condition.

Be aware of them, but avoid being paranoid. After all - To ‘errr’ is human; to forgive divine.”⁶