Seeing Charts — How to look underneath your data. 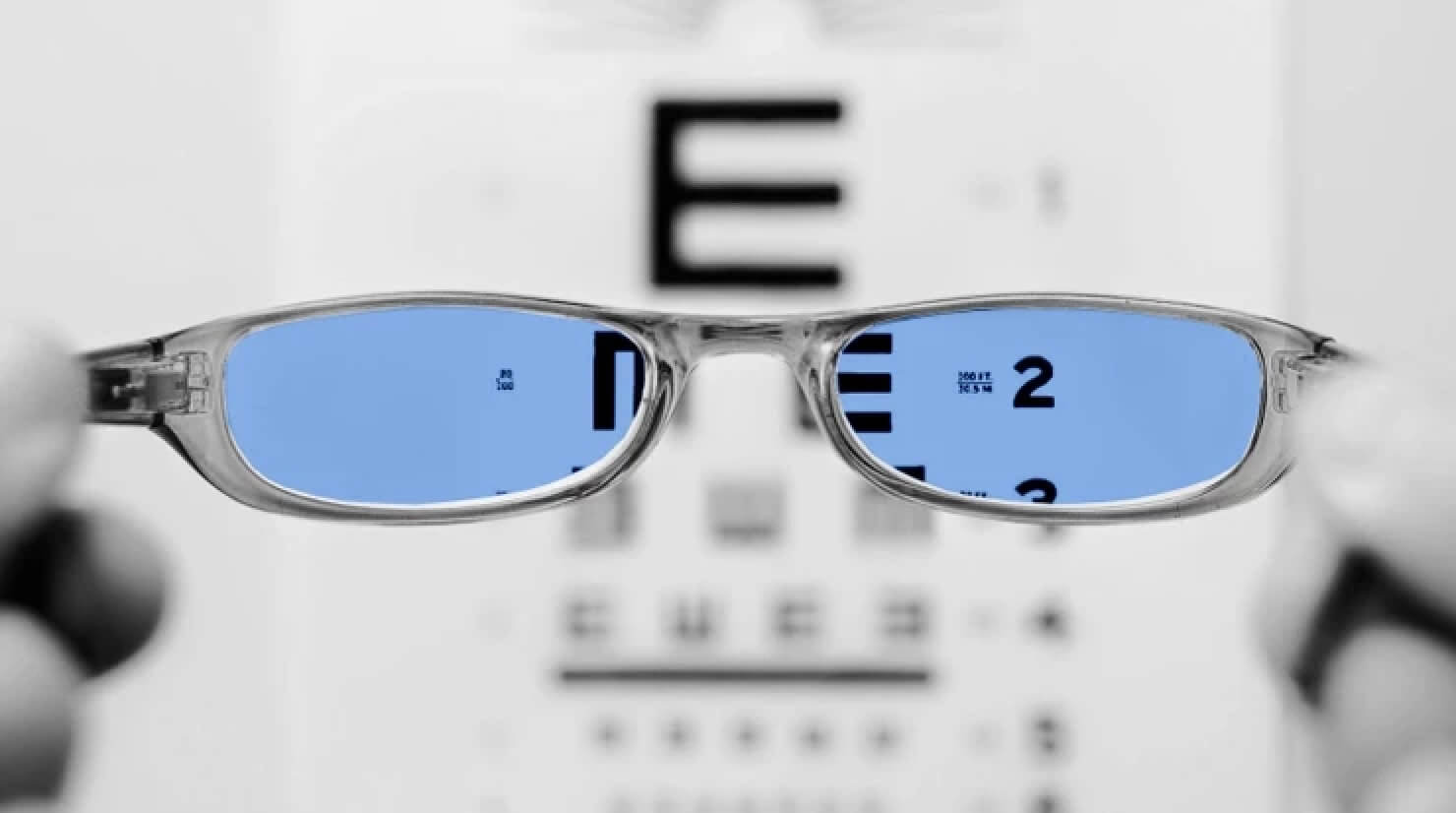 “If we have data, let’s look at data. If all we have are opinions, let’s go with mine.”
— Jim Barksdale

It felt like we reached peak big data sometime in 2019. The 800-pound gorilla of data, Google, confirms this. But the trend is still going. Big data is helping driverless cars drive. It’s discovering your shopping habits and streamlining media streaming.¹ Former Gartner analyst Peter Sondergaard called information “the oil of the 21st century” and said that “analytics is the combustion engine.” Data’s perceived value is behind acquisitions,² new product development, and technology investment.

What is big data, and should you care?

Businesses are awash in a sea of data. Some of it structured — organized, defined, and cleaned. Some of it unstructured — littered through various systems, unsorted, and disconnected. What makes this data ‘big’ is its volume, velocity, and variety. As data becomes easier to collect and store, we have increasing volumes to sort through. As systems interconnect, batches of data become real-time streams. As businesses grow, multiply, and re-invent, so too do data formats — everything from traditional databases to volumes of transactions, video, messaging, and social media.

But that’s not all.

Let’s assume you have found insights in your data. Or you have actionable data. You have one more step. To help people see and understand that value. In other words, you have to frame how they look at that data and move them to action.

Here is a story about Charles Schwab, the famed Steel Baron,²³ not the stockbroker. One precedes the other by about 100 years.

Schwab bought an under-performing steel mill in Pittsburgh. If you know about steel production, you know that the mill’s productivity hinges on the number of pours. You heat the furnace, pop in the ingredients, and melt them. Pour it out, and out comes the steel. I am over-simplifying a bit.

The story goes that Schwab visited the night shift one evening. He asked how many pours they had done. They replied, “six.” Schwab picked up some chalk and wrote that number on the floor. Then, without further explanation, left.

The next day, the day shift came in and asked, “why is there a big chalk six on the floor?” The night shift explained what had happened. “The big boss came in, asked us how many pours we had done, wrote down that number, and left.”

That day, the day shift did seven pours. They scrubbed out the number six and wrote in seven. That evening, the night shift came in, saw that number, and out-produced the day shift. Competition went on and on until this mill was one of the top-performing steel mills in the country.

That’s the story. And it illustrates the power of data. But more than that, it demonstrates the power of extracting insight from that data. Schwab could have measured a hundred things in the steel plant. The pour temperature, the volume, the number of defects, the power consumption — I could go on. But he didn’t. He focused on a number that moved people.

In 2004 Candice Anderson was driving along a Texas road when she lost control of her car, a Saturn Ion.⁴ She suffered severe injuries, including a lacerated liver. Candice's boyfriend, Mikale Erickson, died. After the accident, Police believed her to be intoxicated. Convicted of criminally negligent homicide, Candice lost her life savings. She served five years on probation and paid more than $10,000 in restitution.

But it wasn’t her fault. A faulty ignition switch was to blame. Imagine driving along; your car hits a pothole. There is a bump — the key and keychain joggle in the switch. Then the engine cuts out, and the power steering and airbags switch off. That’s what happened.

GM engineers knew of the defect for ten years. GM had the data. Yet in that time, 35 people died because of this fault.

GM commissioned the Valukas report to investigate why this happened. The report didn’t hold any individual accountable. Instead, the report pointed the finger at GM’s culture — to talk to each other in PowerPoint and Excel and miss the point.

Figure featured in the Valukas report. The “Analysis/Development/Validation Plan & Report (Jan. 10, 2002)”A multi-row spreadsheet stating the component was “Not OK.” (Highlight added)

The Valukas report found a pattern of “incompetence and neglect.” It recommended improvements: in “communication,” “data storage,” “retrieval,” and “data analysis.” A wave of increased transparency and recalls across an entire industry followed.

What this tragedy shows, more than anything, is data on its own does not change minds. Stories do.

The trick is in what people are looking for.

Data is useless if it does not tell a story. Information is noise if it doesn’t frame the way people view the world. An insight makes no difference if it does not move people to action. The stories of Charles Schwab and Candice Anderson underline that.

So what can you do?

Let’s say you’ve researched, analyzed, and crunched the numbers. You have data — a lot of it. You’re ready to present. Before you fire up PowerPoint and cut and paste from Excel, pause. Think. You must know how people are looking at your data and what they’ll be looking for.

Your boss, your executives. your customers, and clients are not looking to trip you up. They want to understand. They have specific questions in mind. They want to know what they should think about the data. They’re looking for trends, anomalies, correlations. They are tracking against targets, and searching for proof.

It’s in your best interest to figure out what you want to show and the point you want to make before you get up and present.

Numbers on there own mean nothing. Forty-two. Is that a good number? A bad number? Is it the answer to the ultimate question, the meaning of life, the universe and everything?⁵ The number needs context. Forty-two degrees feels very warm if it’s in Celsius. In Fahrenheit it’s chilly. As a pant size it’s on the large size. As an age, you may be hitting your stride.

A comparison makes a number, a piece of data, meaningful. You have a sales conversion rate of 10%. Is that good, or bad? It depends — on the industry, what you did last year, what your competitors are doing...

Use a comparison to frame the data.

​Much of your audience will be looking at the data to spot trends. Trends have a built in comparison. It’s comparing your data over time. This is one of the most looked for pieces of data. To compare how we are doing today, to how we did yesterday. To how we did last week, last quarter, or last year.

Past performance is no guarantee of future results. Yet it is very human to ignore that warning. Your audience looks at the trend to forecast — what might happen next week, next quarter,, or next year? If everything is moving in the right direction, the thought will probably be to “do nothing.” It may be “do more of what we’re currently doing”. If the trend is moving in the wrong direction, you will be asked what plans you have in place to reverse the trend.

There are two types of anomalies. Mistakes in the data, which are embarrassing. You want to correct those before your presentation. The other type of anomaly is the good kind. If you can find an anomaly, where something is going against the grain, that tells you something. Perhaps it's a warning sign of a potential problem or an opportunity. Make sure you know the ‘why’ behind the anomaly and are ready with a plan.

Businesses run on metrics and targets. Comparing your results to those targets drives performance. Putting a chart out with the numbers on where you are, without comparing it to where you wanted to go, is pointless.

Your audience wants to compare the reported numbers to your intended target. They want to know if you’re on or off track. On-track, you have nothing to worry about. Off-track? Have a set of corrective actions to hand.

People run on hidden mental models. They’re all around you. Most of them can be reduced to if/ then statements. These statements dictate people’s behaviors and arguments about decisions. If we invest in product development, then we will bring more innovation to market. If we have a common sales method, then we will see sales growth. The list is almost endless. Here’s one: If you are telling a story with data, then you should understand the mental models of your audience.

If you’re making an argument or pitching for something, it’s likely based on an insight the data is telling you. Your audience will be looking for a connection between A and B. Between if and then. They’re trying to track the logic of your argument. For example, when we put the sales training program in place, our sales revenue increased. The implication — we should keep up the investment in training our sales people.

We love certainty.⁶ A cast iron guarantee. We like evidence. But beyond certain mathematical formulas⁷ and laws of physics few things are immutable. Proof is more perception and probability than fact.

So it goes with data. You are making an argument, and you need to back it up with proof. Your audience is looking for evidence to validate their actions or assumptions, not invalidate them. Absolute proof is not something you can supply. What you can supply is overwhelming evidence of probability.

If, on the other hand, you are working in the other direction, you have a higher hurdle. If you are trying to break a previously held assumption, make sure you have ironclad data. Changing minds depends more on the way you frame the argument than the data itself.⁸

If you would like to find out how to build this capability for you and your team, please visit our page on the Presenting Data program, which is part of fassforward’s Business Storytelling series.