Public Square — How to bring back civil discourse. 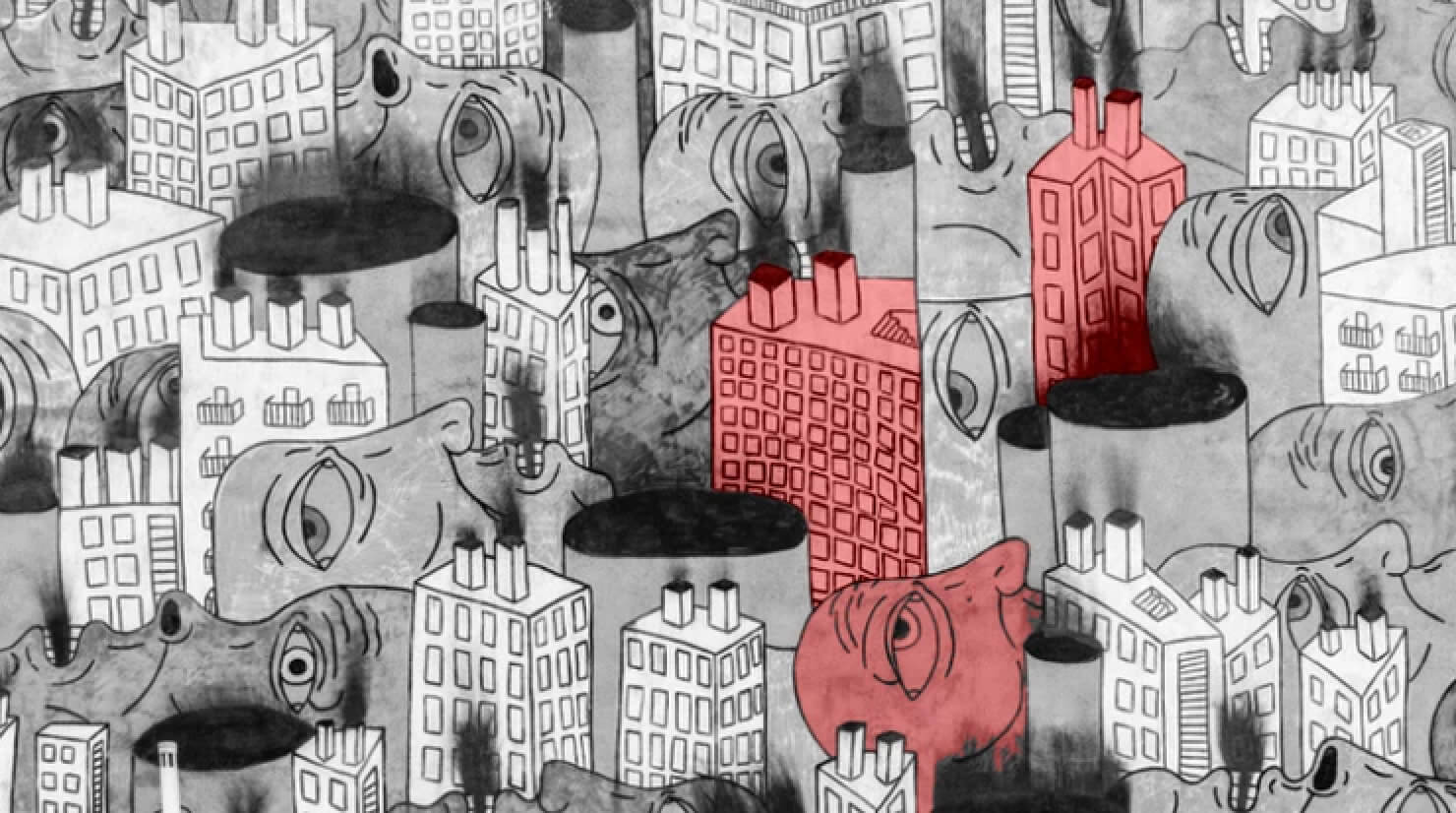 “We’re all islands shouting to each other across seas of misunderstanding.”
— Rudyard Kipling

The Public Square was  the physical center for discussion and debate.

Imagine the  agora of Greece, the piazza of Italy, the meydan of Iran, the square of England, and the village green of early America. Across the globe and across time, the public square was a vital gathering place for people to trade goods and ideas.

People gathered to take up their differences and hash them out, using the greatest tool of progress: language.

Now the public square is virtual. It takes place on social media, in news rooms and in business meetings over zoom.

It was once  understood in think tanks, research centers and innovation labs that diversity of thought, healthy debate, and different points of view are key to  achieving breakthroughs, and more often than not, better than expected outcomes. Diversity in all its forms contributes to the rich fabric of our national and global cultures.

Today we are witnessing a shutting out and shutting down of worldviews that don’t align with the conventional thinking of the day.

This is happening in both the private and public sectors. People who think differently and attempt to express those thoughts are talked over, shamed and belittled. They are often referred to on college campuses and in the modern public square as outliers.  People who have a different perspective are afraid to express their views or as one client refers to it; speak truth to power.

Constructive dissent  is meant to share an alternative point of view, backed up by facts and supporting evidence. While it takes courage to Challenge another viewpoint, when done with the right intention, it can lead to a better outcome.

On the other hand, destructive dissent aims to ridicule, belittle and embarrass. Knowing the difference is key to a healthy productive discourse.

Dissent plays an important role in any organization. It is an expression of disagreement or contradictory opinions about all sorts of issues, e.g., practices, policies, people, and decisions. However dissent can also lead to conflict, and as a result many organizations send a clear message that dissent is discouraged. According to Johny T. Garner, “there’s only one problem with dissent; many people don’t want to hear it, and others worry that expressing dissent will cause them to be seen as negative, or that it simply won’t make a difference.”¹

Dissent is a driving force in organizations. Mathematician and Historian Jacob Bronowski argued that conformity kills growth, not dissent. He asked, “Has there ever been a society which has died of dissent? Several have died of conformity in our lifetime.”²

Denny  was often quoted as saying, “No is a complete sentence.”  These and other quotes were known in the organization as Dennyism’s. In his book Can you hear me now he speaks to constructive dissent as key to the success of any organization. ³

An open work environment is one in which employees can speak their minds without fear of reprisal.  This type of environment is crucial to building trust between managers and their people.  Employees are not only  free to express their “real” thoughts, but are encouraged to do so.  They know their voices will be heard.  Also, in an open environment, managers accept “bad” news.  In fact, when things go wrong, managers will definitely want to hear about it.

There are many valuable tools to help managers create and nurture an open work environment.

Is it your turn to talk?

In our work, we know the importance of  constructive dissent.

One principle that was brought to light by one of our senior coaches, Jill Vander Putten,  is that “listening is not waiting for your time to talk.”⁴ Genuine dialogue can help promote better outcomes. What we often witness today is dueling monologues.

Businesses are seeking to find more effective and impactful ways to address their customer base and to negotiate with other companies.

A key success factor in any setting — both on the public stage and in the workplace is to address respective thoughts and concerns and identify mutually-desirable goals and resolutions.

So, as we watch our communities and country being torn apart from division and discord, business leaders can help. We can identify ways to set an example and encourage constructive discourse. We can help open the conversation rather than shut it down. There are well-intentioned, passionate, and compassionate people who will no longer talk to each other because they are on different sides of social and political issues. Some are afraid to speak. Others refuse to listen.

There is no conversation; there is no healthy debate.

The concept of civil discourse  has become as archaic as, well, the word archaic. The result is further division. And we all know that a house, business, community or nation divided cannot stand.

We as business leaders — and we as communities — need to revitalize communication by and among us and come together for healthy conversation and debate.

The public square exists today on social media sites such as LinkedIn,  Facebook, Twitter, and others. The conversation, depending on where it lands, often only includes a single point of view shared by a group of like minded people.  You can see it on social media. These individuals  reinforce each other’s worldviews, set standards for themselves and others, and share the same concerns regarding people who don’t agree with them.

The benefit of opposing points of view or simply a different perspective are too often ignored, shut out and not explored.

The upside to a genuine discourse is for different worldviews to be openly discussed, debated and considered. Holding up one’s side of the argument raises the level of discourse and serves to enlighten and expand thought.

It starts with the realization that each individual over time forms a worldview. A worldview is simply defined by how we see the world.

Our worldview is informed by the people, places and experiences that shaped who we are and how we show up in thoughts, words and deeds.

Our standards are set  by our worldviews. A standard is the bar we set for ourselves and others.  If we believe that being on time is paramount, then people who are late will fall short of our standard.  What is considered good enough  by one person may be perceived by another as falling short.

When people fall short of our standards we express that by showing concern. A concern is simply defined as an unmet need.

The way back to civil discourse is to start by recognizing and acknowledging the other person’s concern. It’s the antidote to what I call a chocolate conversation — where both parties think they are on the same page, but are not.⁵

This is the unmet need that came from falling short of their standard.

Lastly, the other person has a worldview that informs that standard. This does not mean you have to agree  with their  worldview or standard. However, by understanding  where the other person is coming from, you can better express why you feel differently respectfully and civilly. 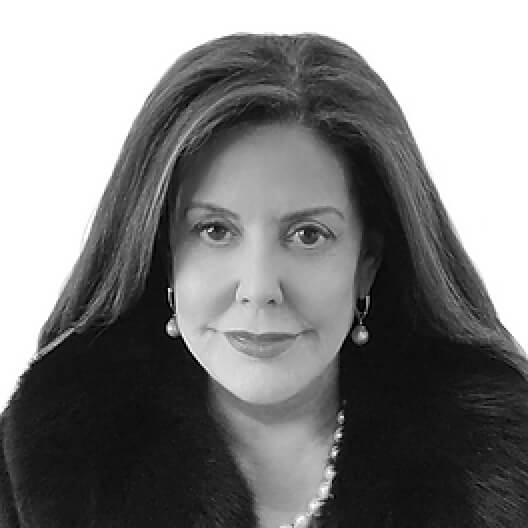 Rose Fass is a founder and CEO of fassforward consulting group. She has the unique gift to take a mess, and quickly put in place effective steps to reach an outcome. She is a natural facilitator who can connect with all types of individuals at all levels of an organization from the C-suite to people closest to the work.

¹ Garner, Johny. “How to Communicate Dissent at Work.” Harvard Business Review, 4 Feb. 2013..
² Bronowski, Jacob. Science and human values. Faber & Faber, 1956. p.79
³ Strigl, Denny. “The Obligation of Constructive Dissent.” Denny Strigl: Leadership Expert, Author, and Keynote Speaker, 2 Apr. 2012.
⁴ This aphorism has many forms and parents, we couldn’t track down the original source. It has been attributed to Simon Sinek, Ralph Waldo Emerson and Chuck Palahniuk, among others.
⁵ In my book The Chocolate Conversation, I get into these concepts more deeply. A follow-up to the Chocolate Conversation is forthcoming in Fall 2021.