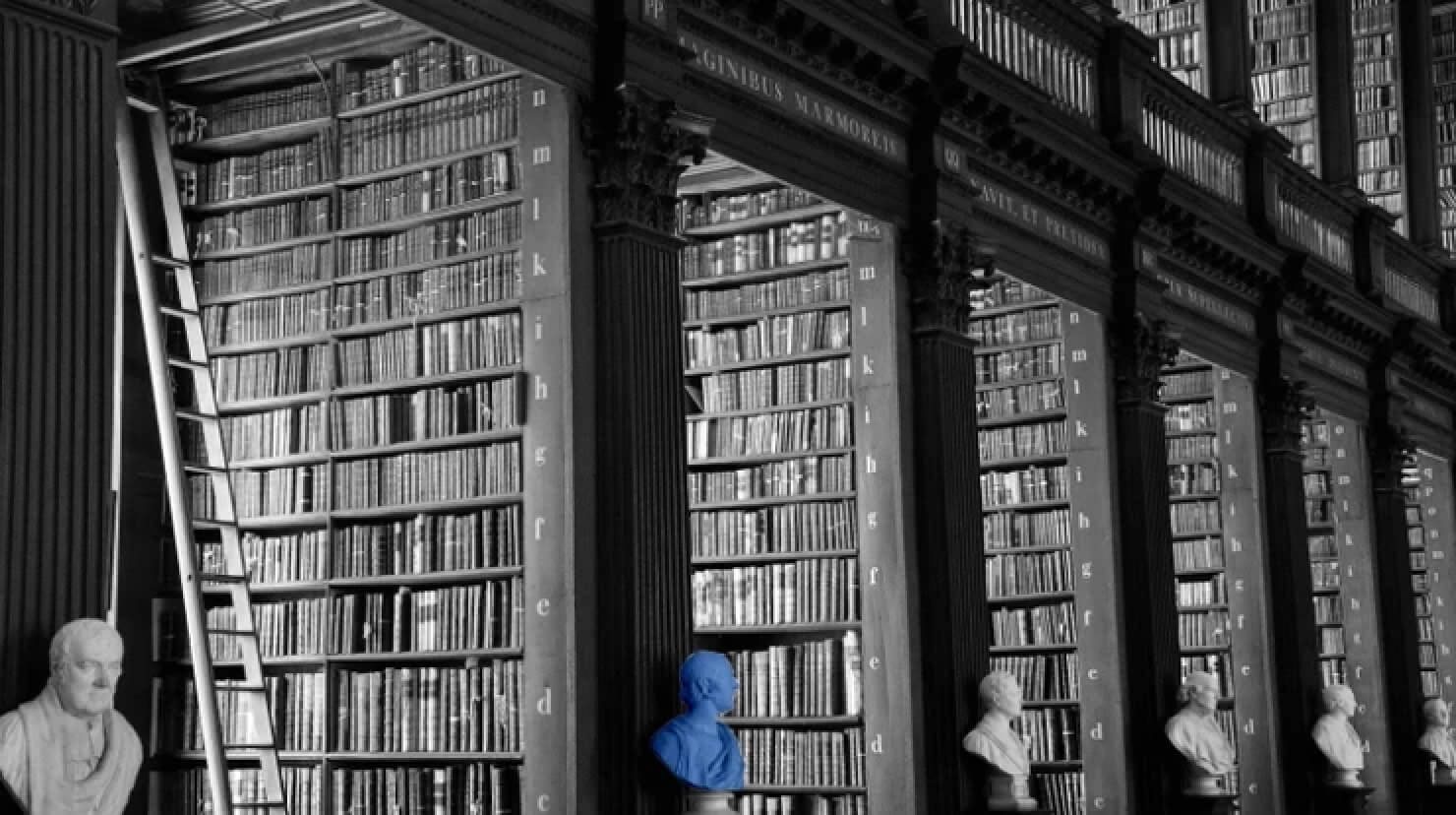 Photo by Alex Block on Unsplash
“When people have common context, our shared opportunities are markedly better.
— Ronan Dunne

Ronan Dunne is a great storyteller. A proud Irishman, Ronan leads Verizon’s global consumer business based in the US. Always generous in sharing his wisdom, Ronan had a conversation with us about his experience, focusing on the connection between leadership and storytelling.

GAVIN: Ronan, thank you for sharing your time with us.

People know you as a storyteller. When did you first become interested in storytelling or aware of your “very particular set of skills?”

Ever since I've been a kid, I've been one of those people who's actively participated in group activities. Whether that was on a sports team, the opera at school, the social committee on my first job (as a 16-year-old flipping hamburgers) — I joined up.

And I am naturally gregarious and outgoing. Joining up came first, then the opportunity to use my narrative skills was something I discovered along the way. As I continued to be exposed to group environments, storytelling was a way to bring threads of disparate group views together. I realized storytelling was a natural opportunity akin to leadership and a formative influence inside a group.

GAVIN: What, for you, is the connection between storytelling and leadership?

RONAN: It’s all about context.

When people have common context, the opportunities for people as a group, as opposed to as individuals, are markedly different. In fact, they are markedly better.

I quickly realized that creating common context was how you opened up possibilities that wouldn't otherwise be possible.

GAVIN: If creating a common context is a hallmark of leadership, how does that differ from managing?

RONAN: Managing can be prescriptive and isolating, potentially, “do this, do that.” Whereas leaders, by virtue of the fact that they're trying to manage outcomes —  not inputs —  try to create a common context.

Not just their context, but a common context.

And that's critical to allow different players on the team to contribute. Because we can all have a context, but if it's not a shared, common context, it doesn't necessarily facilitate team play.

GAVIN: I saw an article you wrote recently about the position of the tech industry to solve some of the world’s most difficult problems.

RONAN: I'm very taken with the words of Klaus Schwab at the World Economic Forum. In his book on the Fourth Industrial Revolution, he talks explicitly about the need to create new coalitions.

He essentially says that, previously, we haven't stretched the common context across traditional boundaries —  public versus private, institutional versus individual.

I am a very strong believer that context isn't shared because people aren't clear on what question they are trying to solve.

People can think they're together on a topic but are not.

So common context also helps to clarify “what is the question we're trying to solve?”

GAVIN: How does storytelling connect with learning?

RONAN: The nature of storytelling is very strongly linked to learning.

I can still remember the great teachers I had.

Every one of them strayed off the boundary of the subject matter and related anecdotes and stories and narratives around it that created texture to the information.

That's always been the thing for me.

I love the texture of a good story that creates a three-dimensional image or perspective out of a two-dimensional mechanism for communicating.

RONAN: My absolute favorite ties into the question of “shared context.”

We were looking to take the naming rights on the Millennium Dome. As you may recall, that project was perceived as a public disaster. And our board rejected the proposal.

When we presented to them, what they heard was a proposal to put a new brand (which they had just spent a lot of money developing and presenting to the market) on a toxic building in North Greenwich, London.

What they heard was, “I'm going to sully the reputation of my new brand by associating it with failure.” Storytelling converted that from being a miss in management to being one of the best marketing stories of, literally, a generation.

We realized that what they heard was not what we said.

We went back, we rallied the troops, and we came back. And what we presented was a compelling narrative about a unique partnership between O2 and the world's most successful operator of live entertainment venues.

O2  saw their brand as “a world that revolves around you” and where entertainment and experience were an essential ingredient to the brand’s resonance with its customers.

And we almost didn't mention the fact that there was a building in North Greenwich that was going to be the center point.

If I didn't tell you the context and simply said to you, “would a new brand be interested in having an exclusive relationship with the world's most successful operator of live entertainment venues?”

That's a really interesting conversation, and actually, something relatively easy to say ‘yes’ to.

That’s not what they heard. So it took us three goes.

So, there's proof of storytelling.

RONAN: Another brilliant story doesn't present me as well, but, I think, really shows this idea of shared context.

When I was the CEO of O2 in July of 2012, we had a network failure that switched the network off for a third of our customers.

The outage continued for about 20 hours.

About 10 hours in, it was impossible to ignore the calls for my resignation and the noise from the media; it was just a crescendo.

I sat with my Comms Director beforehand, and he was brilliant. He said to me, “Ronan, in the midst of a crisis, there are really four things you need to address.

The first is ‘what happened?’

The second thing is, ‘why did this happen?’

The third is, ‘how are you going to make sure it never happens again?’

And fourth ‘what are you going to do to make it up to me?”

And I said, “brilliant, I'm on, in five minutes, live, on Sky, and I don’t have the answer to any of those four questions.”

This is maybe where the storyteller in me saved my job.

It was “Kay Burley Live” on Sky News. In the middle of the afternoon, I was standing in the atrium in Slough.

Kay comes on and says, “Well, this is a bit of a s**t show; nobody knows what’s going on.”

And so I said, “Kay, in a situation like this, the most important thing is to talk to the customers who are affected, First of all, to apologize, and then, if I’m a customer, I'm going to be asking these questions:

Why did it happen?

How do you make sure it never happens again?

And what are you going to do about it to make it up to me?

And I can tell you, Kay; those are exactly the four questions that I, my management team, and 250 engineers are spending 24 hours a day resolving.

And I will come back and give you the answer to each of those questions when we have the network service and the situation resolved.

She responded by saying, “Well, that was refreshingly honest for a CEO.” Gave me a little clap on the back, and off she went.

GAVIN: That's brilliant. It really shows the power of questions— you are almost better off asking the questions than giving them answers.

RONAN: The shaping of questions and creating open questions is a critical component of insightful leaders.

Some ask questions as a way of exercising their control.

Others ask questions as a way of liberating their talent.

GAVIN: Ronan, this has been fascinating. Thank you so much for sharing your wisdom with us.