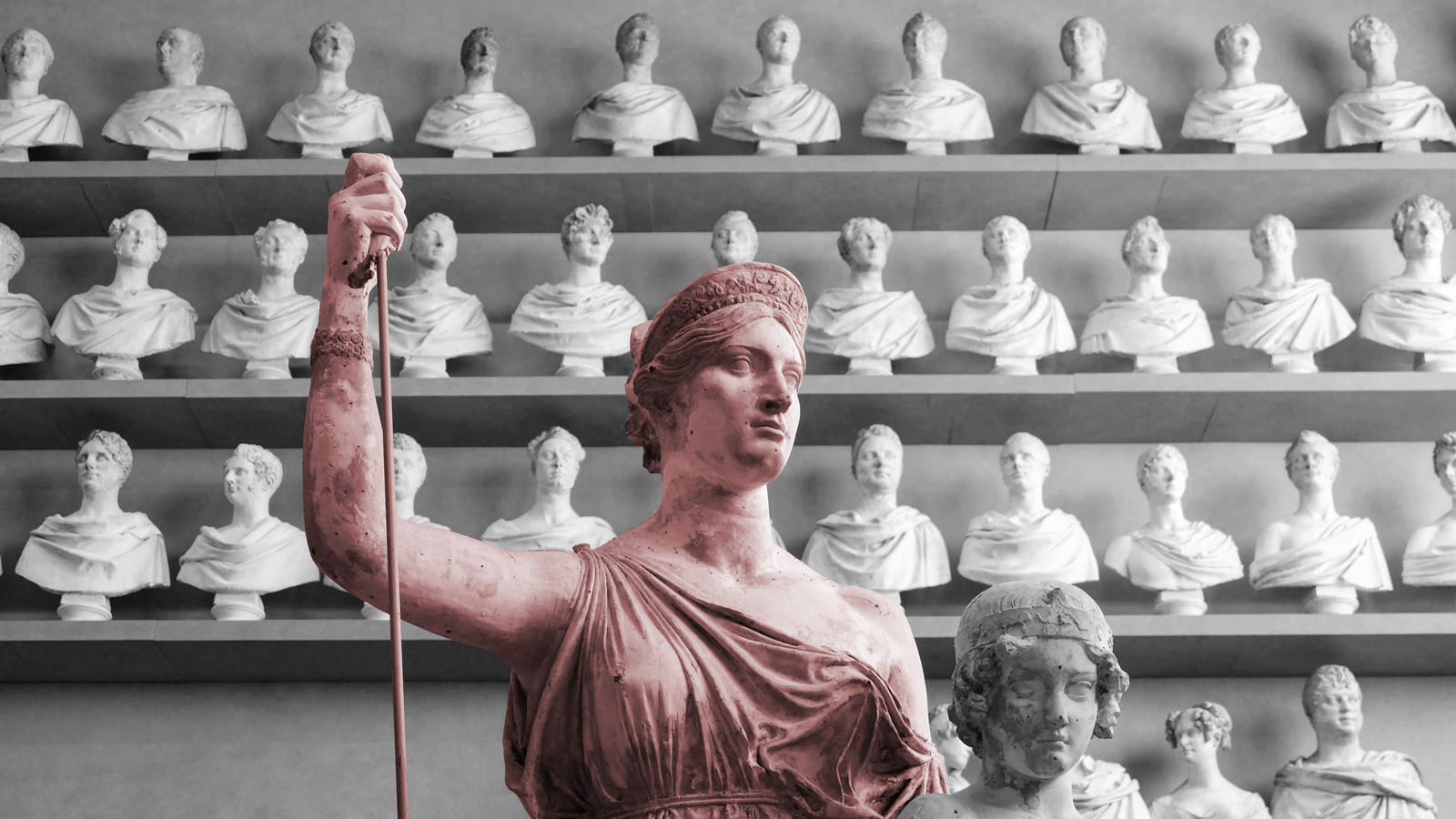 Photo by Issac D on Unsplash
“People believe in words only for a stretch of time. Then they start to look for action.”
— President Volodymyr Zelenskyy

Many leaders declare, but Volodymr Zelenskyy has been focused on action — demonstrating expansive leadership throughout the invasion of his country.

In Part 1  of this article, I reviewed our key leadership tool called Thinking Patterns℠.¹ To be successful leaders, we need to understand how we think, and importantly, how others think. There are four key elements to our Thinking Patterns, all of which Zelenskyy is demonstrating:

Ethics is about people. It’s leaders who earn your trust. They are fair and principled, and make the commitment to listen to and understand you. It's the "should be" of leadership. Think Mother Theresa.

Vision is about possibility. It's leaders who explore options and set direction. They define what's important in a reasoned, systemic way. They inspire you.  It’s the ‘could be’ of leadership. Think Martin Luther King Jr.

Reality  is about data. These leaders face facts and explore evidence. They define the plan and detail ‘how’ it’s going to be done. It’s the ‘is’ of leadership. Think Dwight D. Eisenhower.

Courage  is about action. It’s leaders who take charge and make bold moves. They set the ‘when’, do what’s difficult, and encourage you to take risks. It’s the ‘will be’ of leadership. Think Malala Yousafzai.

As individuals, we default towards certain elements more than others. When we get "stuck," we revert to those elements. When we are at our best, we incorporate all four elements and demonstrate expansive leadership.

In Part 1, we reviewed how Zelenskyy is demonstrating ethics and vision in his leadership. Now, we will cover reality and courage.

Reality — The “Is” of Leadership

From day one, Zelenskyy understood the reality that Ukraine could not win a war against Russia on its own.

Since Russia’s attack began, Zelenskyy has implemented a deliberate and methodical plan based in reality.

His nightly addresses to his people have kept them informed on the war and reinforced that he will not leave them. He isn’t going anywhere until victory is achieved. His message to his people is a consistent one, “we will win if we all stick together and defend Ukraine.”

For the first six weeks of the war, he also averaged one address per day to the outside world.

From South Korea, to Europe, to the US, he has presented the reality of this war’s atrocities to us all. He has shown chilling video of the reality of the slaughter of innocent women, men and children. The reality of beautiful, historic cities being torn to the ground. The reality that Putin has done this before (Chechnya, Syria, Georgia, Crimea) and will continue until he is stopped.

The result has been the largest package of military aid from the US and Europe since World War II.

Reality in the workplace

Just as Ukraine is under turmoil due to an outside force, so too is the office.

The reality, according to Microsoft CEO  Satya Nadella, is that “hybrid work represents the biggest shift to how we work in our generation.”²  Reality is all about data. As leaders grapple with the future of hybrid work, there is no shortage of data to help inform (and confuse them!) about the best way forward. However, today’s sheer volume of data can be overwhelming and contradictory.  For example, the Microsoft study that Nadella was referencing showed that while “70% of employees want flexible, remote options, 65% want more in-person time with my team.” ³

There are no easy answers for hybrid work, but as Zelenskyy has made it clear that the buck stops with him, leaders need to embrace the reality that the transition to an effective hybrid world starts with them.

My colleague, Gavin McMahon, offers ideas on how to manage work without the workplace. As he explains, leaders need to acknowledge that “they have grown up leading in an office” and that “a return to office can't be a return to command and control.”

In this new reality, leaders need to embrace the paradox of hybrid work, demonstrate flexibility in their thinking, and course correct as needed.

Courage- The “Will be” of Leadership

His first action when the invasion started was rejecting safe passage out of Ukraine. “I need ammunition, not a ride” is a comment from a courageous leader who is taking charge. Knowing he was the primary target of the initial invasion and in defiance of  his top aides, Zelenskyy remained in Kyiv, to lead from the front.

He showed courage by making those nightly addresses to his fellow countrymen. He would emerge from his bunker to film his own address on his own phone in the streets of Kyiv. And do it even while the Russians were shelling the city.

"We must defend the cities, defend the villages. Defend every meter of our land. And every part of our heart. Ukrainian heart."

Once the Russians began retreating from Kyiv, Zelenskyy ventured to the front lines to meet with the soldiers. He visited the countless injured men, women and children in hospitals. He brought the atrocities that occurred in the Kyiv suburbs of Bucha and Makariv into our living rooms first hand.

Courage is demonstrated in many ways beyond just bold, decisive actions.

At the end of his emotional address to the US Congress, he spoke in English (his 3rd language behind Ukrainian and Russian) to hit home his powerful message: “my heart has stopped just like those of more than 100 children" who had been killed by that point of the war.

Courage in the Workplace

While Zelenskyy’s courage resulted in the largest military aid from the US and Europe since WWII, his impact on the private sector is unprecedented.

“Conscious capitalism” has been on the rise for a decade since Whole Foods co-CEO John Mackey and marketing professor Raj Sisodia coined the term in the title of their book in 2013.⁵ Conscious capitalism has also been a great example of many corporate leaders “declaring vs demonstrating.” Supporting initiatives like ESG⁶ is now a requirement for every major company (including the large oil companies). However, the bottom line profits and shareholder interests have largely remained the priority.

Zelenskyy’s powerful message to the world has resulted in an unprecedented response from the private sector that has directly hit their bottom lines. At least 253 international companies have entirely halted operations in Russia. BP, Exxon and Shell have said they are divesting billions of dollars in Russian energy assets. US company Stanley Black & Decker recently ended its operations in Russia. According to their filings, its Russian operations had been making about $150 million in revenue a year.⁷

One of the most courageous exits from Russia came from McDonalds, 30 years after it became a symbol of Glasnost by opening its first restaurant in Moscow.

McDonald's had 847 restaurants and more than 60,000 employees in Russia at the end of 2021. As a result of shutting down all of its operations, it announced an estimated $1.2  to $1.4 billion loss. CEO Chris Kempczinski stated "We have a commitment to our global community and must remain steadfast in our values. And our commitment to our values means we can no longer keep the Arches shining there."⁸

In an amazing demonstration that conscious capitalism can work, the stock was little changed on the day this courageous announcement was made.

Leadership starts with a Conversation

In a few short months Volodomyr Zelenskyy has taught the world many valuable lessons on leadership. He has emulated the great ethical, visionary, reality-based and courageous leaders who demonstrate expansive leadership. He has followed up his words with action.

Perhaps his loudest and boldest action has been his consistent proposal to end the war, not through military strength, but through conversation. He recognizes what we believe is the key tenant of leadership: it starts with a conversation.

Or in his words: “It’s victory when the weapons fall silent, and people speak up.” 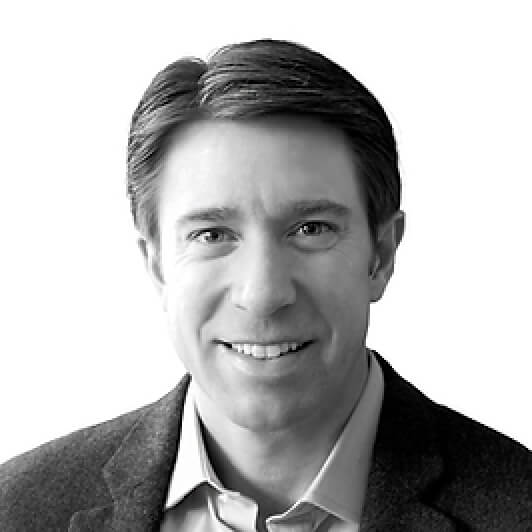 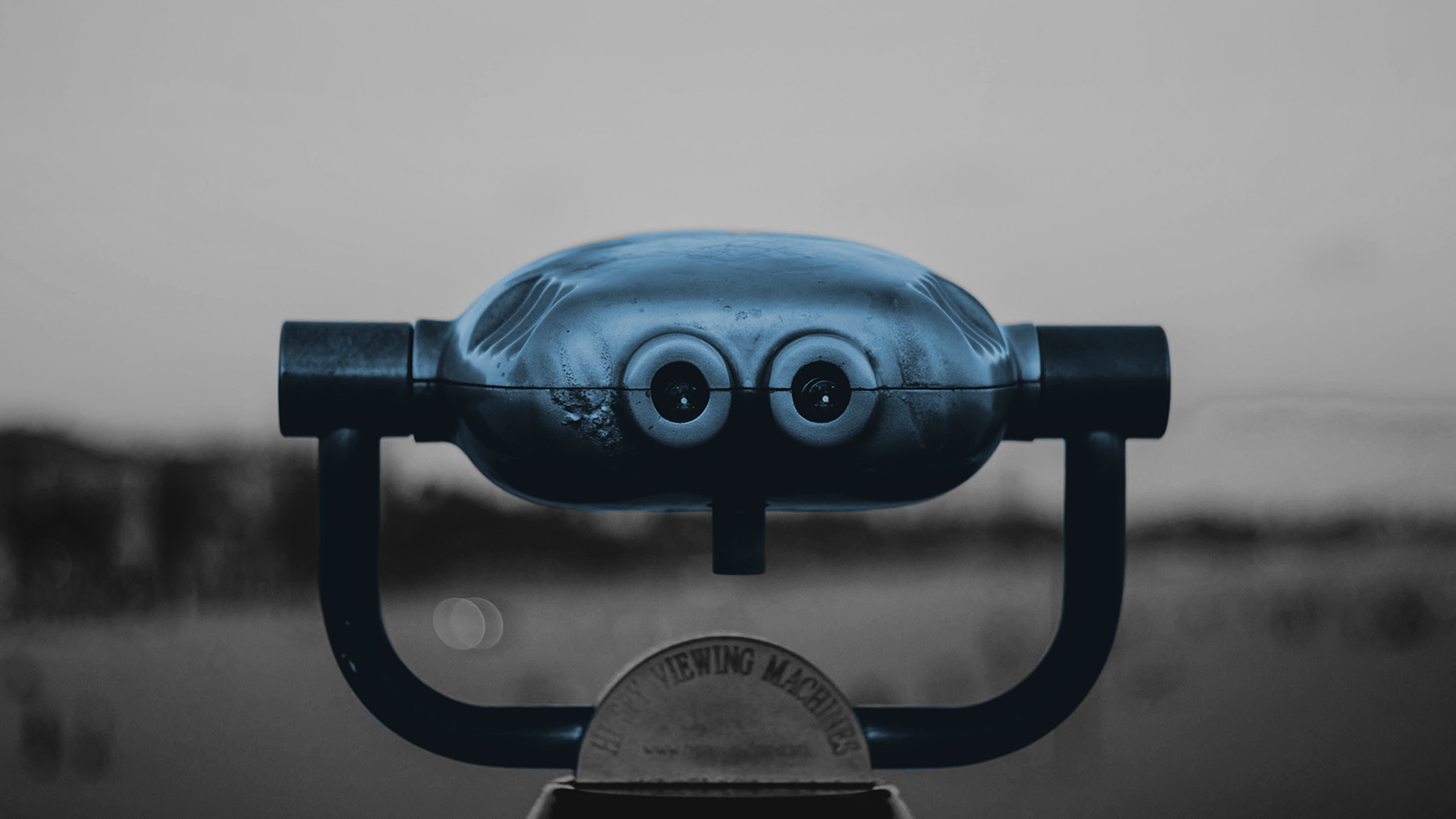 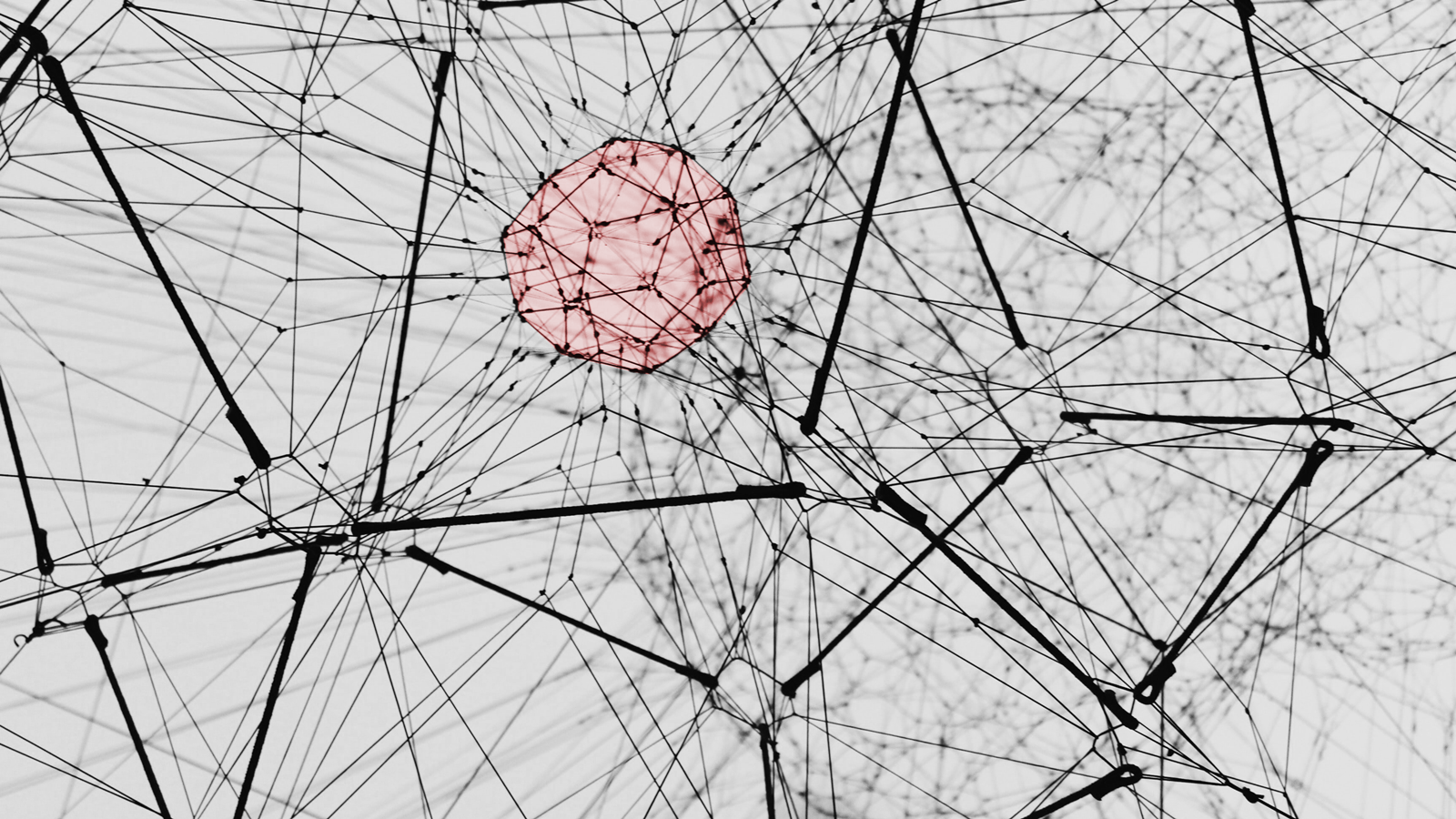 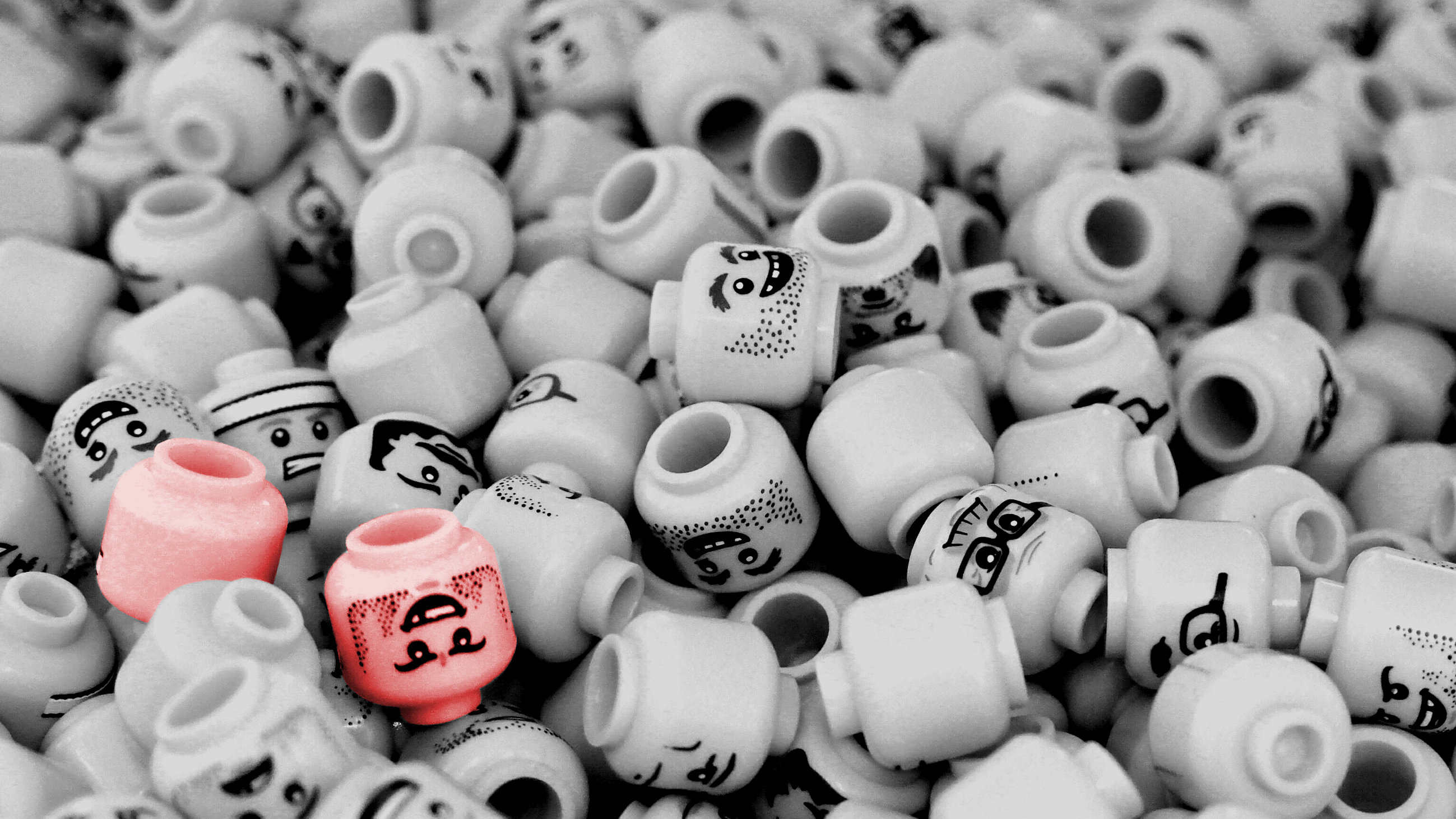