Photo by Mpho Mojapelo on Unsplash
“Negative feedback can make us bitter or better.”
— Robin Sharma

Every golf pro has a magic trick.

This is not Tiger Woods-level sorcery. This is the wizardry of Jo Pro. Jo Pro is a journeyman or woman who couldn’t putt well enough for the tour. A good college player, they couldn’t break out of the satellite circuit. But they have something going for them. A magic trick. The right blend of charm and skill to make a reliable living on the range, coaching adults.

In the story that follows, the pastime doesn’t matter. It’s the trick that counts. Jo Pro could be a golf pro, a tennis pro, or a piano teacher. Replace golf swing with ground stroke, grip with finger exercises, Tiger with Serena, range with courts or class. Here’s the story of the trick.

You show up to the range and show Jo Pro something very ordinary — your swing. It has a thousand moving parts, at least half of them moving in the wrong direction. It looks like Tiger’s swing in a waking nightmare.

Jo Pro sees that, but he doesn’t say that.

Instead, the turn. Jo Pro finds something in your swing. It’s an honest compliment — something to build on. “I like the way you turn through the ball.” Or, “that’s a good position at impact.” Almost immediately, the strike is crisper; you feel more confident.

Now, the prestige. Jo Pro is going to break a habit.

“I just want to move your hands.” He demonstrates. He moves your palm and fingers, rewrapping them around the grip. It feels weird. You swing. Clunk. It feels like you’ve gotten worse. “I don’t care where the ball goes,” Jo Pro soothes. You swing again. Better. And again. Better still.

By the end of the lesson, Jo Pro has breathed new life into your game. He encourages you to practice and to see him next week.

That’s the trick. You came back, and you paid to come back. One adult gave feedback to another adult; they took it onboard, practiced, and then came back for more.

You don’t often see that at work.

In the world of work — between 9 and 5, with hierarchies, zoom calls, and paychecks — feedback is tough to take. It feels negative and personal. Coaching isn’t glamorous; it’s penal. In some work cultures, coaching is a scarlet letter. The words ‘needs coaching’ are synonymous with ‘is flawed.’ Coaching is delivered through the feedback sandwich.

It begins with a compliment.

“You’re great” or some other positive comment is the first layer.

By the time “great” has landed on the recipient's ears, they know a “but” is coming.

“But...” and the feedback is delivered. This is the s*** layer of the sandwich.

This is then completed by a final, “But don’t forget you’re great.”

Now — obviously — the feedback recipient needs more coaching. They clearly don't know how to take feedback. They have an issue.

If Jo Pro did this, he’d be out of business.

The paradox of feedback is that we need it to improve, but we don’t like it.

Or at least, we tend not to when it feels negative and personal.

It’s easy to shoot the messenger when feedback points to a flaw. If that negative feedback does creep through, it adds to a vicious cycle.

Let’s say you’re OK, but not great, at public speaking. You’ve worked hard at it because you know presentation skills are vital to your career. Still, there’s a nagging uncertainty at the back of your brain.

You get feedback in the form of a s*** sandwich.

The filling is “that you’re a bit boring.” Not the content is boring, or this section runs too long, but you. That feeds a doom loop. Where you get frustrating feedback, which reinforces the feeling you’re not good at this. You don’t like to get up and speak. So you don’t practice, and you don’t get better.

Reversing the loop starts with feedback.

If you lead a team or project, you know work isn’t just a technical journey of goals and KPIs. It’s a journey of improvement. Any leader you admire or respect has been a great teacher. That leader is able to provide feedback in a way you could receive it.

They tap into what Rose Fass, author of the Leadership Conversation, calls “the Pygmalion theory of management.” The Pygmalion effect is a psychological phenomenon where high expectations lead to improved performance.

Peter Watts calls this “catch people doing something good.” David Frost, head of coaching at fassforward, borrows from a children’s book. For him, it’s “filling someone’s bucket.” Building a positive outlook has benefits. The Mayo Clinic cites a link between “positivity” and health. Other studies show the link between positivity, engagement, and promotion at work.

Let’s say you think you are a good public speaker.

You will volunteer to get up and present. You like to do it. You, therefore, practice it. You seek out feedback to improve. The feedback you get is positive. You get better.

Positive feedback is part of a virtuous cycle.

In her book, The Brain-Friendly Workplace, Neuroscientist Friederike Fabritius points to the power of bucket filling.

The question, then, is how?

How do we avoid the s*** sandwich, reverse the vicious cycle to a virtuous one, and build on a basis of bucket-filling? We have to navigate four cautions on the way to the answer.

First, do you give non-feedback feedback?

Jorg, the CEO, was hiring a new CMO.

Cassie, the CSO, had put her hat in the ring. On paper, she was perfect for the job, but Jorg was hesitant.

Me: “Have you ever told her that?”

Me: “How long has she worked for you?”

I give you: Non-feedback feedback.

Perhaps radical candor is for you?

The opposite of non-feedback feedback is the tough love approach.

You were sick on the day of the Radical Candor™ course. But you get the idea. You need to be direct with people. Straight talk. There’s no room in business for wishy-washy. As long as it’s well-intentioned.

People pride themselves on their no-nonsense feedback. But their radical candor, or “let’s be honest...” is someone else’s gross insult. It’s cruelty, not kindness.

The “out of respect...” feedback is the s*** sandwich with no bread.

Here is the popularity trap.

The over-embracing of bucket filling goes like this. Bob, on your team, has done a great job on a recent call with a customer. You would like to point that out on your staff call. You do.

“Nice job with that client call.” You want to reinforce positive behavior. “I like the way you pivoted from that objection. It shows you listened deeply to their itch.” Bob smiles, pleased. The message about deep listening is received.

Then you look out at a sea of other faces. The equal opportunity praise begins. “Julie, you did a nice job with...” “Jen, we couldn’t do it without your...” You go around everyone on the team, picking out something — however small — to praise.

All feedback is projection.

Feedback is filtered through a human lens.

That doesn’t make it wrong, and it can still be useful.  It’s in the eye — and worldview — of the beholder. This is what psychologists call the idiosyncratic rater effect. Raters rate an employee differently, even when they are rating the same employee, over the same time period, for the same work.

The idiosyncratic rater effect is a bundle of biases with cute names like recency, spillover, leniency, and identity. Add the word effect to each, and you have the human condition that what we think about other people is more rooted in ourselves than it is in them.

So, how do we give effective feedback?

I can’t take credit for this. It’s Jordan Birnbaum’s trick.

I have seen it repeated by many a Jo Pro and some very smart leaders. Understanding that feedback is in the eye of the beholder, according to Birnbaum, “makes it far more valuable. Feedback provides you with a much better understanding of the people around you and, more specifically, what they need from you. The framing of the feedback is the secret ingredient.”

Say that you have someone working for you that is a micromanager.

The s*** sandwich, “You’re great...but you micromanage your people...and don’t forget you are great.” will be alibied, dismissed, and ineffective. Non-feedback feedback isn’t an option. Straight talk will be rejected.

The trick is this.

Depersonalize that feedback. Make it about what the team needs from them, not what you need to change. This could translate to, “the team needs to be able to make mistakes. That’s how you develop your next in line. Find a project where you can give them room to experiment and see what happens.”

No personalization, no fault, no recrimination. But the same effect.

The new habit begins to form. The trick has happened. Jo Pro would be proud.

Audience Hook — How to grab attention. 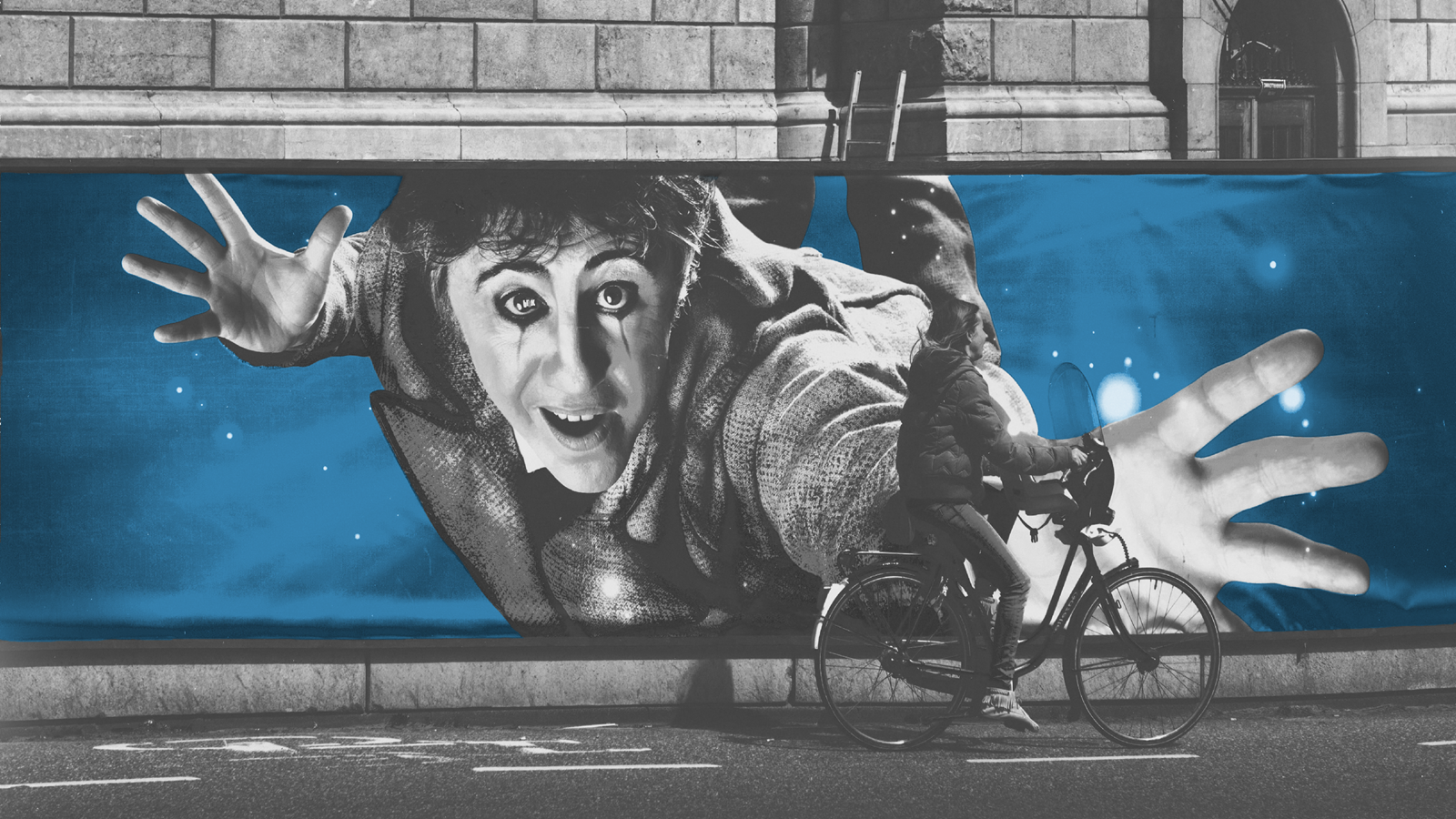